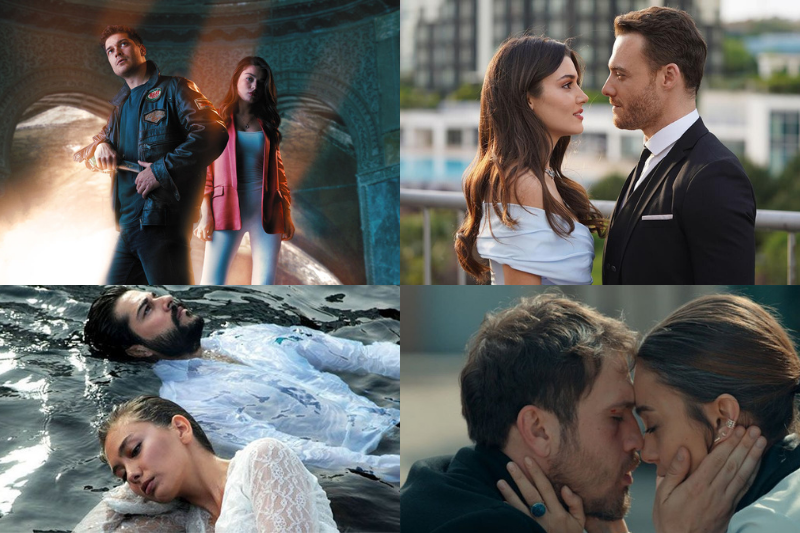 Today, we are going to make you happy with the list of the Top 5 world-famous and most viewed Turkish TV series. The Turkish series is getting popular worldwide, especially in Asian countries. Let’s know about the world-famous Turkish series.

Erkenci Kuş (Early Bird) is a popular series worldwide. It is highly popular in European and Asian countries. The show is dubbed in Spanish, Italian, French, German, Chinese, Hindi, Bengali, Telugu, Tamil, and Odia languages. It is also available with English subtitles.

The show stars Demet Özdemir and Can Yaman. It is a story about a girl, Sanem Aydın, and a handsome businessman who runs an advertisement agency. Their chemistry in the show is breathtaking.

2) Sen Cal Kapimi (You Knock On My Door)

Sen Cal Kapimi (You Knock On My Door) is one of the most popular Turkish dramas. The show is dubbed in Hindi and Urdu languages. It is also available with English, Spanish, and Italian subtitles. The drama is very popular in Spain.

The show features the most beautiful and beloved actress Hande Ercel and handsome Turkish actor Kerem Bursin. It is a romantic and funny story about these two people.

Hakan: Muhafız (The Protector) is the first Turkish Netflix original. It is a popular series worldwide. The show stars Çağatay Ulusoy in the lead role. The show is available with English subtitles. It is a story about a young man who discovers that he has special powers.

Kara Sevda (Blind Love) is the most-watched Turkish series in the United States. The show is available with English subtitles for international viewers. The show is also dubbed in the Hindi language.

It is a love story about Kemal and Nihan. The show stars Burak Özçivit and Neslihan Atagül. It is one of the most popular dramas of all time.

Çukur (The Pit) is popular in Asian countries. The story is about the most dangerous neighbourhood in Istanbul. The show has an IMDb rating of 7.5. The show stars Aras Bulut Iynemli, Yamaç Koçovali, and Erkan Kolçak Köstendil.