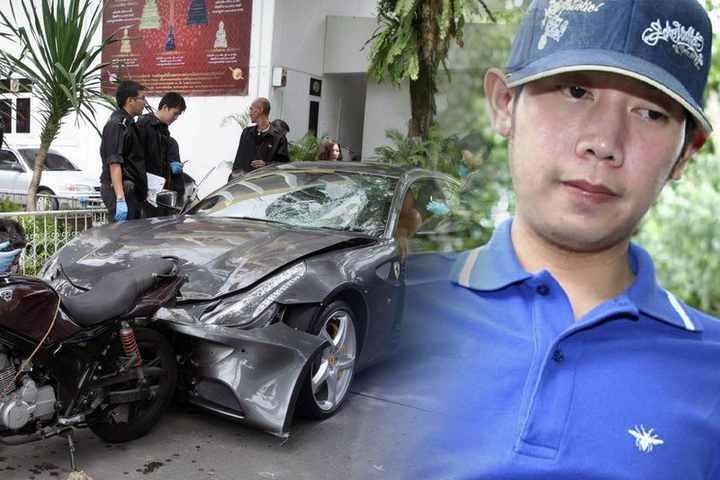 A decade after a tragic Ferrari collision, the Thai Red Bull heir remains at large

After ten years, Thailand is no closer to solving one of its most infamous hit-and-run crimes, which involves a totaled Ferrari, the murder of a police officer, and the disappearance of the heir to a fortune worth multiple billions of dollars.

On Saturday, the princeling of the family behind the Red Bull energy drink, Vorayuth “Boss” Yoovidhya, was accused of ramming his sports car into a police officer’s motorcycle in Bangkok’s wealthiest neighborhood ten years ago. The incident allegedly took place in the area known as the Golden Triangle (Sep 3).

After eluding authorities and finally escaping Thailand on a private aircraft in 2017, Vorayuth became a symbol of what skeptics believe to be the impunity enjoyed by the ultra-wealthy in the nation.

According to Amnesty International Thailand’s statement to AFP, “the perception of distinct judicial systems for different parts of society cripples people’s belief in the Thai state’s capacity to carry out its commitment to protect human rights for all Thai people.”

According to Forbes, the clan that Vorayuth is a member of has an estimated net worth of $26.4 billion, which places it as the second-richest family in Thailand. Chaleo Yoovidhya, the grandfather of Vorayuth, was one of the co-founders of Red Bull and passed away in 2012.

Pavin Chachavalpongpun, a political analyst specializing in Thailand who teaches at Kyoto University, told AFP that “this family is not only dominant in Thailand, but they are very powerful worldwide as well.”

Within a few hours of the accident, detectives tracked a trail of brake fluid to the Bangkok compound of the Yoovidhya family, where they discovered a severely damaged vehicle with a shattered windscreen.

Vorayuth engaged in a game of cat and mouse to evade court summonses for a period of five years, claiming through his lawyers that he was absent due to being overseas on business or because he was ill. This occurred while photographs documented a life spent traveling the world, including living it up in London, attending Red Bull racing events, or going on beach vacations and ski trips.

Before a Bangkok court finally issued an arrest warrant in 2017, charges of speeding, drunk driving, and neglecting to offer help had been dismissed since they were no longer valid.

At that point, Vorayuth had already made his escape.

In the year 2020, the Thai government decided not to press any charges against Vorayuth, which resulted in an enormous backlash from the general population and a social media campaign to #BoycottRedBull.

In the midst of the backlash, the parent company of Red Bull Thailand, TCP Group, separated the company from the case by stating that the situation was a private matter and that it had nothing to do with Red Bull Thailand.

As public outrage grew in tandem with the growth of anti-government protests organized by young people in the streets, the office of Prime Minister Prayut Chan-O-cha issued an order to conduct an investigation, which ultimately came to the conclusion that the entire probe had been “compromised.”

Campaigners for human rights drew a contrast between the slow handling of the Vorayuth case and the swift action taken against leaders of anti-government demonstrations. Many of those leaders were charged with multiple counts of royal defamation, which can result in a sentence of up to 15 years in prison.

The Office of the Attorney General of Thailand has announced further accusations that would be brought against Vorayuth, and in September of 2020, Interpol will issue a Red Notice requesting his arrest.

According to an updated version from March of the previous year, Vorayuth had attempted to access the Red Notice and was most likely located in France at the time of the attempt.

In addition, the notification mentioned Austria as a potential location; this being the country that is home to Red Bull’s headquarters.

The charge of taking cocaine was dropped against Vorayuth one month ago, according to the office of Thailand’s Attorney General. This leaves prosecutors with only one possible case to prosecute against Vorayuth: reckless driving causing death, which carries a maximum sentence of ten years in jail.

AFP was informed by the AG’s office that the charge would remain active until 2027. However, very few people believe that Vorayuth will end up in court.

“In Thai society, it is almost considered normal for wealthy people to commit crimes and get away with it. The Thai people do not believe that it is acceptable.”