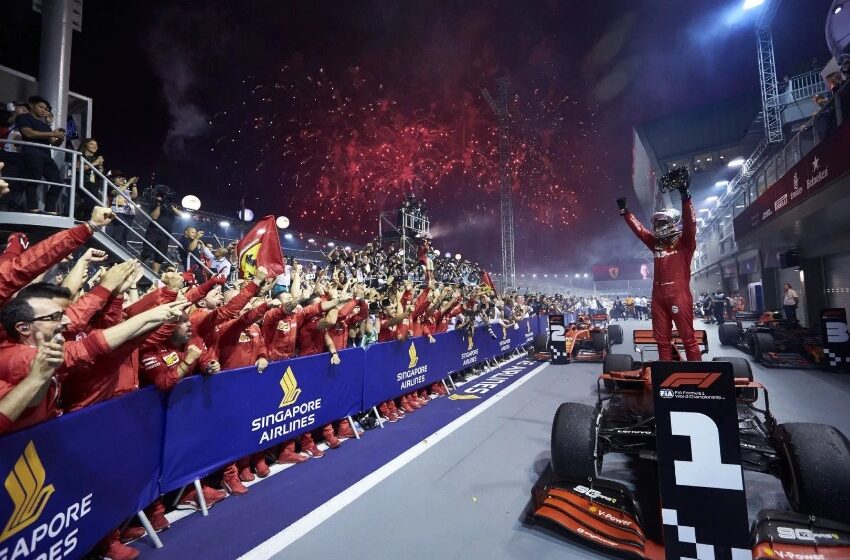 It is anticipated that all available tickets will be purchased for the Formula One Singapore Grand Prix, which will result in the event’s highest attendance level since the inaugural night race in 2008.

After providing this update on Saturday (August 27), the Minister of Transport S Iswaran stated that the sales of tickets are a very obvious indicator that after the COVID-19 outbreak, Singapore is “back strong” and ready to host events of a world-class caliber.

“Following a hiatus of two years, the Formula One Grand Prix in Singapore is scheduled to return with a vengeance in the current season. The number of tickets sold has been really impressive,” Mr. Iswaran made these remarks to the press during a community event in the West Coast with the topic of Formula One (F1). He is a member of the Parliament in that location.

“The number of tickets sold in 2019 has been surpassed by those sold in this year. It follows that we are going to witness the most people at the Singapore Grand Prix since the race’s first year in 2008, when it was held for the first time,” he added.

“I think it’s a very obvious evidence of the desire and demand both locally and internationally for these types of sporting events and other forms of entertainment,” the speaker said.

As a result of the COVID-19 outbreak, the Formula One Singapore Grand Prix will not take place in 2020 or 2021.

Following the signing of a contract in January that ensures Singapore will continue to play host to the Formula 1 Grand Prix for the next seven years – the longest extension for the race to date – this year’s event will take place from September 30 through October 2.

According to Mr. Iswaran, who is also the Minister-in-charge of Trade Relations at the Ministry of Trade and Industry, “The organizers SGP expect a sellout event by the time we come to the weekend itself, and most importantly, it’s a clear signal that Singapore is back strong.”

He continued by saying that “how much further it will go…is a result of both the capacity that the organizers are able to make available and…we have to make sure that the event’s quality and the experience that the racegoers have is protected.”

The minister stated that typically more than forty percent of the participants come from other countries, and she anticipated that this proportion will either remain the same or even increase during this year’s event.

Comparatively, the original race in 2008 was attended by 300,000 people, whereas the 2019 race only garnered 268,000 spectators over the course of three days. CNA has initiated communication with the organizer of the Singapore GP regarding the anticipated capacity for this year.

Mr. Iswaran stated that engaging the local community is a crucial component of the Formula One event, and he did so by pointing to the F1-themed events that were taking place at the West Coast Community Centre.

He mentioned that there is a GP roaming truck equipped with race simulations that has visited approximately 17 venues, some of which include community centers and schools. Suntec City, PLQ Mall, and Dempsey have all hosted screenings of F1, and the film will be shown at additional sites in the near future.

According to Mr. Iswaran, the Grand Prix is not only a significant event that pulls in visitors from all over the world, but it also draws in a variety of other kinds of activities, such as MICE events and conferences on a variety of topics.

A few days before the Singapore Grand Prix, Singapore will play host to two major conferences: the Milken Institute Asia Summit and the Forbes Global CEO Conference. Both of these events will take place in Singapore this year.

According to Mr. Iswaran, “the benefit overall is for our tourism business, particularly hospitality. This means that the hotel industry, the air travel industry, and equally, the food and beverage industry, as well as our retail sector, all gain.”

According to Mr. Iswaran, the organization of the race is being supported by around 30,000 people in Singapore, including numerous small and medium-sized enterprises (SMEs), contractors, and service providers.

According to what he had to say, “I believe it’s a really powerful and good indicator of the rebound in our hospitality sector.”

“The hotels are getting ready for the Formula 1 race, and the hotel managers and general managers that I have spoken with are very upbeat about the race’s prospects for this year. They report that the hotel rates are robust, the number of bookings is strong, and that they have been able to successfully mobilize the staff.”

Mr. Iswaran stated that achieving sustainability is one of Singapore’s national goals in response to a query posed by a reporter on worries regarding the impact the race may have on the surrounding environment.

He pointed out that many of the Formula One teams already have agreements in place with fuel suppliers to begin using biofuels and other types of environmentally friendly fuels.

“We will make it a point to ensure that the Singapore race does its utmost… to be run in a sustainable fashion for the time being, as well as for the whole of the life of the contract, and for the remainder of the time that we hold the race in Singapore.”