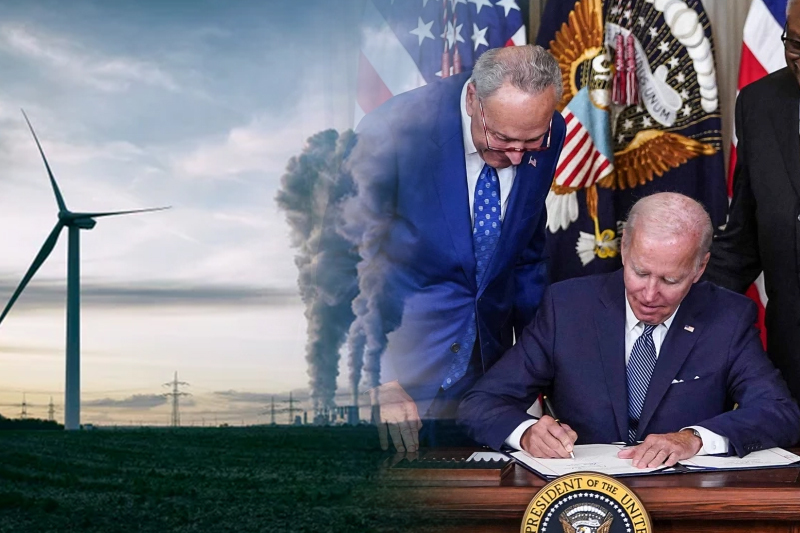 Marking a major victory for Democrats and Biden administration, President Joe Biden signed a sweeping $750 billion health care, tax and climate bill into a landmark law at the White House on Tuesday. The law now has assured bolstered prospects for the party ahead of midterm elections that are scheduled for November this year. During the signing ceremony in the State Dining Room, Biden said that the legislation, called the Inflation Reduction Act, is “one of the most significant laws in our history.”

“With this law, the American people won and the special interests lost,” Biden said addressing an audience of Democratic members of Congress and Biden administration officials. “For a while people doubted whether any of that was going to happen, but we are in a season of substance.”

“We didn’t tear down; we built up. We didn’t look back; we looked forward. And today offers further proof that the soul of America is vibrant.”

Another win for Biden administration

Recent days have witnessed Biden administration hitting it out of the park, one ball after the other. This has been of specific criticality and importance after the presidency and administration faced criticism after a hasty withdrawal of US troops from Afghanistan, a miscalculated move that led to chaos and immediate takeover of the country by Taliban regime.

Biden and his administration are back now, and how. Last week bills were signed in White House, aimed at increasing domestic production of semiconductors and increasing veterans’ benefits affected by toxic burn pits in Afghanistan and Iraq. Other major wins for Biden administration include bipartisan support for gun reform bill, killing of Al Qaeda leader Ayman al-Zawahiri, sending aid to Ukraine and aiding expedited NATO joining process for Finland and Sweden.

The legislation will extend about $700 billion through corporate tax increases and prescription drug savings, and aiming to spend about $400 billion on clean energy and health care provisions. The House led by Speaker Nancy Pelosi had passed the bill in a 220-207 vote, along party lines. Earlier in the week, the Senate had passed the bill through a 51-50 vote, with Vice President Kamala Harris breaking the tie.