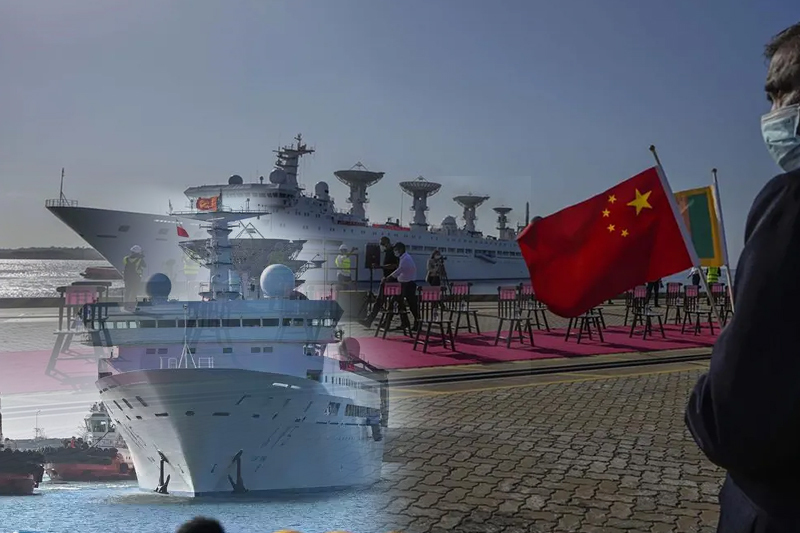 Chinese ballistic missile and satellite tracking ship Yuan Wang 5 arrived on Tuesday morning at Hambantota port, a strategically positioned deep sea port in southern Sri Lanka. While India has raised concerns over its position and objectives, China has said that the activities of its vessel will not impact any nation’s security of any country and “should not be obstructed by any third party”. When asked about Delhi’s concerns, Qi Zhenhong, Beijing’s envoy in Sri Lanka, who was present when ship arrived at the Hambantota port, said, “I don’t know, you should ask the Indian friends… I don’t know. Maybe this is life.”

The ship is planned to only stay for a few days, its arrival has already alarmed India, calling rising influence of China in the Indian Ocean suspicious. Moves by Yuan Wang are also said to be closely monitored by the US and western allies who have been criticizing Beijing’s influence in Sri Lanka and its rising presence in the region.

“The suspicion here in India is that despite Chinese commentators’ insistence it is civilian, it may actually have military functions,” said Prof Srikanth Kondapalli, dean of the school of international studies at Jawaharlal Nehru University.

“The Yuan Wang 5 is a powerful tracking vessel whose significant aerial reach – reportedly around 750km – means that several ports in Kerala, Tamil Nadu and Andhra Pradesh could be on China’s radar,” the Indian Express newspaper wrote. Furthermore, Brahma Chellaney, a former member of India’s national security advisory board, tweeted, “When a small, bankrupt nation like Sri Lanka delivers a diplomatic slap to New Delhi by hosting a Chinese surveillance ship at its commercial port of Hambantota, it is a stunning reminder of both India’s feckless foreign policy and receding influence in its strategic back yard.”

The concerns have been dismissed by China’s foreign affairs ministry. Wang Wenbin, spokesperson for the ministry said, “The marine scientific research conducted by the research ship Yuan Wang 5 conforms to international law and international common practice, and will not affect the security and economic interests of any country.”

The move by Beijing holds geopolitical importance, especially with Colombo undergoing an economic catastrophe. Sri Lanka’s geopolitical significance and China’s latest move highlights how the island nation is being torn apart between big powers while trying to attract any help in order to stay afloat from the sinking economy.