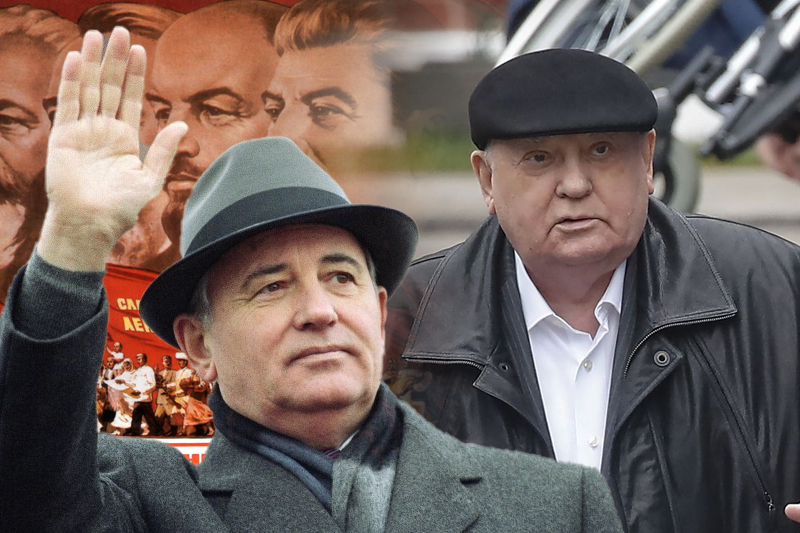 Mikhail Gorbachev, the last leader of former Soviet Union, leading his country from communism to capitalism, and a great reformer who helped in ending the Cold War died on Tuesday at age of 91. He was suffering from a long illness. “Mikhail Sergeevich Gorbachev died this evening after a serious and long illness,” the Central Clinical Hospital reported, according to the Interfax news agency. The leader will be buried next to his wife, Raisa Gorbachev, at Novodevichy Cemetery in Moscow, according to the news agency.

Gorbachev grew up as a committed communist during World War II, born in village of Privolnoye. After graduating from Moscow State University in 1955 with a law degree, Gorbachev rose through the ranks of the Communist Party, ascending to become the general secretary, the top position of party, in March 1985. Gorbachev brought in sweeping changes such as “perestroika” and “glasnost,” the reforms that helped in restructuring of the Soviet Union, helping to uplift the lagging economy and making the functioning of government more transparent.

He was also successful in foreign policy, mainly from an international perspective. The world leaders took special note of this. Former British Prime Minister Margaret Thatcher had called him “a man one can do business with.”

Russian President Vladimir Putin has expressed his condolences, Putin’s spokesman, Dmitry Peskov, told RIA Novosti. Other world leaders have also paid tribute to the great leader. “As leader of the USSR, he worked with President Reagan to reduce our two countries’ nuclear arsenals, to the relief of people worldwide praying for an end to the nuclear arms race,” Biden said. Ursula von der Leyen, President of the European Commission, wrote on Twitter that Gorbachev’s role to end the Cold War “opened the way for a free Europe. This legacy is one we will not forget.”