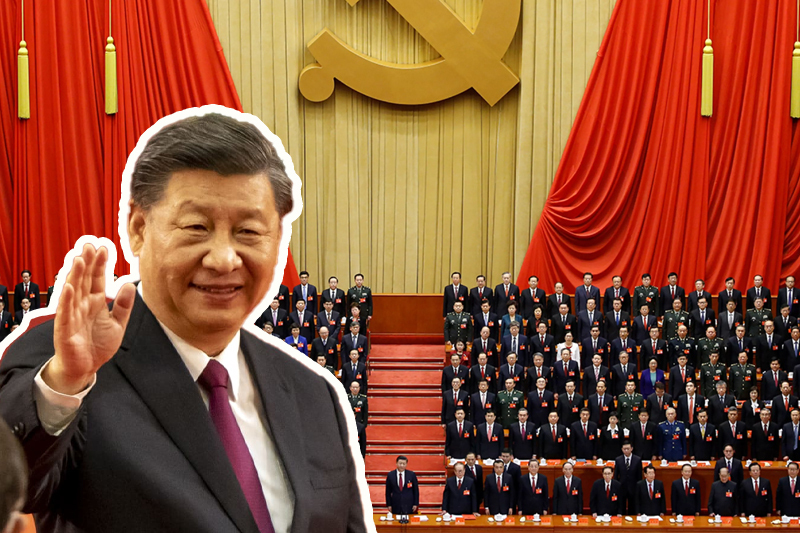 The announcement of China’s ruling Communist party meeting for October is expected to cement Xi Jinping’s agenda for next few years, a show of his “ultimate authority”, analysts have said. The CCP’s (China Communist Party) meeting, that is held every five years, will begin on 16 October and run for several days. Xi Jinping, who is considered the most powerful Chinese leader since Mao Zedong, is expected to further establish his bolstered political power which has seen constantly increasing authoritarianism since becoming party in charge in late 2012.

The meeting is bringing together over 2,000 party members in a process to select new officials for the highly privileged 200-member ‘central committee’. Some of the members will be promoted to the ‘25-member politburo’, while few will be transferred to the powerful ‘seven-member standing committee’. The event is also expected to announce policy directions for the coming years.

Dr Yu Jie, a senior research fellow on China at Chatham House, an international affairs thinktank in London, said “the announcement was a sure sign of strength [of Xi’s] ultimate authority within the party”. She also noted it was a sign that Xi had “managed to conclude an agreement with other senior colleagues within the party on key personnel appointments as well as a nearly final approval of the draft political report, which will be read by him on 16 October”.

“It also means if there were disagreements on China’s domestic economic planning or on diplomacy, those differences have been reconciled.”

Since assuming the power, Xi has strengthened the Communist Party and its influential role in the society while eliminating all dissent. “He will take China to an even more Sino-centric approach to policy, particularly foreign policy,” said Steve Tsang, director of the University of London’s SOAS China Institute. “He will also reinforce the importance of the party leading everything in China, and the party following its leader fully,” Tsang said.