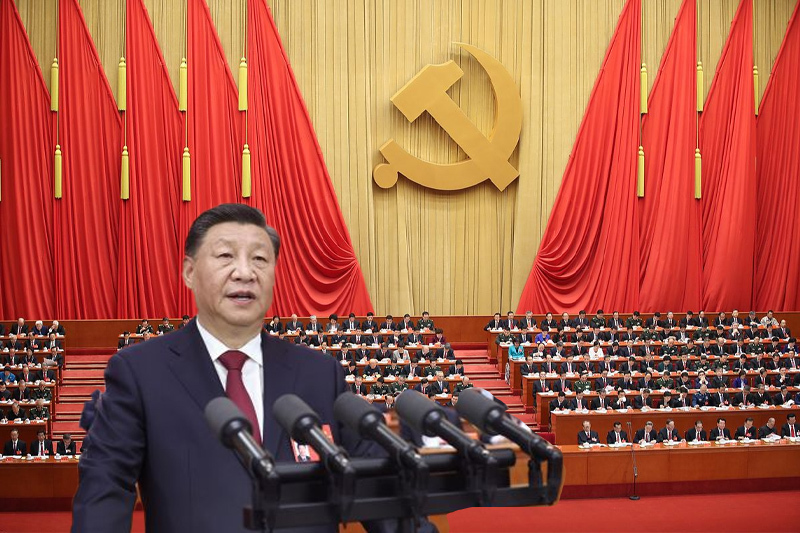 Starting the 20th China’s Communist Party Congress on Sunday, President Xi Jinping vowed to successfully steer China through toughest challenges and take the country a nationalistic vision. Speaking at Congress where Jinping is seeking a third term in power, which would be against the norm, he highlighted China’s growing influence and power under his decade long leadership, along with mentioning the challenges.

Describing the past five years under his leadership as “highly unusual and extraordinary,” Xi said China’s ruling Communist Party “has led China through a grim and complex international situation and huge risks and challenges that came one after another.”

Xi Jinping listed the biggest challenges – Covid-19 pandemic, Taiwan and Hong Kong – all hailed as victorious under his leadership. Xi said that the Chinese government had “protected people’s lives and health from Covid, turned Hong Kong from chaos to governance, and carried out major struggles against independence forces in the island of Taiwan”, a self governing democracy that is claimed by Beijing as its own territory. “The wheels of history are rolling on towards China’s reunification and the rejuvenation of the Chinese nation. Complete reunification of our country must be realized,” Xi said to a thundering applause from the nearly 2,300 handpicked delegates inside the Great Hall of the People.

In his speech, Xi also defended his highly controversial and economically damaging zero-Covid policy. “In responding to the sudden outbreak of Covid-19, we prioritized the people and their lives above all else, and tenaciously pursued dynamic zero-Covid policy in launching all-out people’s war against the virus,” he said.

Laying out directions for the next five years, Xi said “China would focus on high quality education and innovation to renew growth”. China will “speed up efforts to achieve greater self-reliance in science and technology,” he said. He also focused on ideology and Marxism during the speech on Sunday. “I don’t think there will be any relaxation of the ideological atmosphere in the coming five years,” said Victor Shih, an expert on elite Chinese politics at the University of California.

Underscoring the rapidly changing international relations and situation, Xi Jinping said China has “taken a clear-cut stance against hegemonism and power politics and never wavered in opposition to unilateralism and bullying” — in an apparent jab at US.