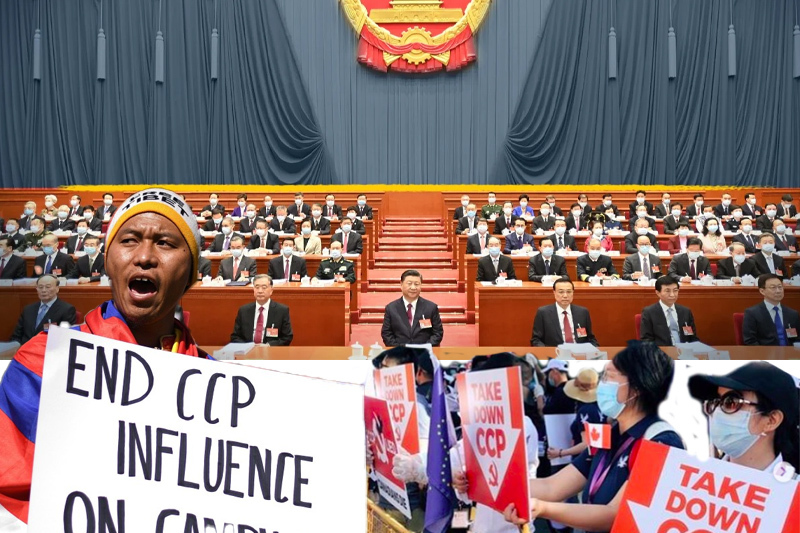 “We want food, not PCR tests. We want freedom, not lockdowns. We want respect, not lies. We want reform, not a cultural revolution. We want a vote, not a leader. We want to be citizens, not slaves,” reads one banner hanging over Sitong Bridge in Beijing’s Third Ring Road in Haidian district.

A rare protest against the China’s Communist party in Beijing has erupted amid fears over renewed Covid restrictions and lockdown across Shanghai are making way for political tensions just few days before President Xi Jinping is moving towards securing his third term in a key meeting of Congress on Sunday.

On Thursday, a dozen of photos and videos made rounds on social media, showing two banners displayed with protest messages hanging from an overpass in the north-west corner of the Chinese capital. The photos also show plumes of smoke rising from the bridge. A second banner displayed messages calling for a boycott of schools and strikes and demanding removal of Xi.

Such a bold act of protest is highly unusual in China, particularly before a politically sensitive event, and would certainly draw ire from the top leaders and end in heavy punishment for the protesters. The police have pulled out all the stops in a “100-day operation” to thwart any potential social unrest that could disrupt a smooth transition of power in the leadership reshuffle at the 20th party congress, The Guardian mentions.

Meanwhile, fears are arising in Shanghai over lockdown fears in order to contain the Covid-19 outbreak in the city. Shanghai residents have already been under two months long lockdown this year, and now reports are coming in of sudden lockdowns across the city with many schools returning to online mode. At least 46 residential buildings or “neighborhoods had been designated medium risk and one high risk, across 14 of Shanghai’s 16 districts,” local media has reported.