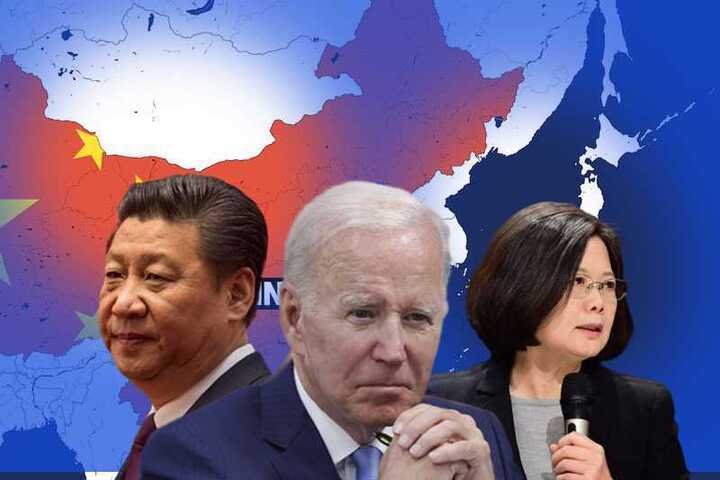 There has been a lot of discussion about how Nancy Pelosi’s travel to Taiwan could worsen already difficult relations between the United States and China.

However, it is essential to keep in mind that despite Beijing’s live fire military exercises in response to Pelosi’s visit, China does not currently have any desire in engaging in an armed confrontation with the United States at this time. This is something that should be kept in mind at all times.

Xi Jinping, the current President of China, is only a few months away from earning his coveted third term as head of the Chinese Communist Party (CCP), and he does not want to put these possibilities in jeopardy.

Pelosi’s travel to Taiwan provided Xi with the justification he needed to launch military drills in response, which contributed to what some people are now referring to as the Fourth Taiwan Strait Crisis.

All of this provides Xi with the opportunity to distract the Chinese people and the CCP leadership from the many problems that have arisen as a result of some of his policies. These problems include China’s underperforming economy due to strict zero-COVID measures; skyrocketing youth unemployment; real estate and banking crises; the damage done to China’s big tech stars wrought by Xi’s leftward shifting of the economy; and the disastrous public announcement of a friendship “without limits” with Vladimir Putin just

The journey of the Speaker should have taken place after this fall’s politically critical 20th National Congress. At that time, Xi is anticipated to secure a third term as leader of the CCP, which will allow him to continue in power for the rest of his life.

The recent military exercises ought to be understood as a display of Xi’s resolve to stand up to foreign intervention and to reunify Taiwan with the mainland. This should be the perspective taken by observers. According to Xi, reclaiming Taiwan by the year 2049 is an essential stage in the process of bringing the great rejuvenation of the Chinese country to a successful conclusion.

These statements from Xi are being disseminated with two different audiences in mind: other CCP members who may have intentions to undermine Xi’s leadership, and public opinion in Taiwan.

It is important to emphasize that the visit by Pelosi did not succeed in achieving any strategic goals, nor did it contribute to the protection of Taiwan or the preservation of the status quo in the Taiwan Strait.

To support democracy and human rights, as Ms. Pelosi has indicated as her motivation for making the trip, is a noble and comprehensible goal. The Speaker of the House, who is nearing the end of her political career, wanted to take one more stand for human rights in China, and this trip was her opportunity to do so. However, the trip also had a political component to it.

Although the trip may have been significant for Pelosi’s legacy, it worked against the ability of the United States to safeguard Taiwan.

As a result of Beijing’s subsequent economic restrictions and military drills, Taiwan is in a worse situation than before, tensions in the region have increased, and the United States and China have pushed closer to the brink of a costly armed conflict.

Although it is possible to repair the damage to Washington’s relations with Beijing, doing so will require significant effort on the part of both capitals.

After the trip that Pelosi took, how can the United States move forward, and what can the administration of President Joe Biden do to actually assist Taiwan in defending itself and choosing its own path for the future?

If the United States is truly interested in assisting Taiwan in its efforts to maintain its security, it will need to place less of an emphasis on high-profile visits by top government officials and instead concentrate on covertly enhancing Taiwan’s capabilities to act as a deterrent. In order to convince Xi that an invasion of Taiwan would be financially unfeasible for the People’s Liberation Army, Beijing’s calculations must be altered, and Taipei must be provided with the lethal help and defense systems it requires.

In this vein, policymakers need to be open to the prospect that the passage of time may contribute to a change in the facts on the ground within China’s domestic political system, regardless of how unlikely this appears to be at the present time.

Another issue that requires the attention of the White House is the increasingly dangerous environment that has been created as a result of China’s aggressive military intimidation campaign in recent years directed against Taiwan and Xi’s stated goal of completing the modernization of the People’s Liberation Army by the year 2027. The status quo in the region is unfortunately being disrupted as a result of these measures.

To address this new dynamic, the administration of President Joe Biden would do well to continue providing greater clarity within the framework of the long-standing “strategic ambiguity” policy that the United States has maintained with regard to the island. Allegedly false claims made by Biden to the effect that the United States will provide Taiwan with military backing have proven to be helpful on this front.

In addition, the United States should make it clear to the Chinese government that its policy of “One China” has not altered. It is critical that the administration of President Joe Biden spend a substantial amount of effort on this matter since there is a growing belief in Beijing that Washington’s commitment on this front has fallen by the wayside.

Visits by officials of the United States government, such as members of Congress, mid-level cabinet members, and ambassadors, have a vital part to play, and the frequency of these trips should be increased to twice a month.

Recent events in the Taiwan Strait serve to bring to our attention the fact that the relationship between the United States and China is characterized by a balance of power. The balance of power in this equation has been shifting toward China over the past few years as a result of China’s growing influence in a variety of spheres, including technology, diplomacy, economic power, ideology, and military might.

Despite the fact that China has not yet surpassed the United States in terms of its military capabilities or the size of its economy, Xi is growing increasingly confident in his opinion that the United States and the West as a whole are destined to fall from their current positions.

In order for the United States of America to meet this challenge, it will be necessary for them to increase their commercial and economic involvement in the Indo-Pacific region, as well as their level of collaboration with their treaty allies and partners in AUKUS, the Quad, NATO, and Partners in the Blue Pacific.

Along with the United States’ reassertion of its economic and security priorities in the area, there must be concerted, ongoing attempts to engage China on a variety of fronts.

In essence, Rudd’s proposal is to establish mutually observed red lines, communication procedures, and to police these main areas of concern with regular high-level diplomacy. These are the essential components of Rudd’s proposal.

In the years to come, tensions between the United States and China will continue to flare up. The way in which Chinese and American officials respond to the current threat posed by Taiwan will serve as a test in this trying juncture of Sino-American ties. Both sides need to show that they are committed to preserving the status quo and gaining a mutual knowledge of the philosophies held by the other.