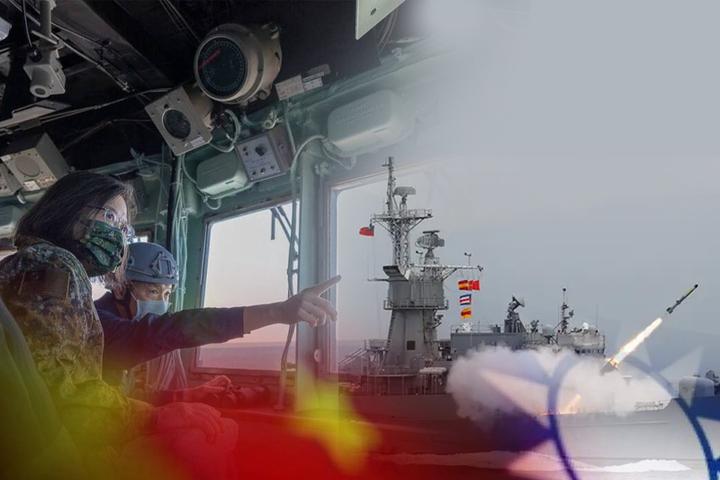 Taiwan announced on Wednesday (August 31) that it will exercise its right to self-defense and “counter-attack” if Chinese armed troops breached its territory. This comes as Beijing has boosted its military exercises in the area surrounding the island.

Beijing, which claims Taiwan as its own in spite of strong protests from the government in Taipei, has staged military drills surrounding the island this month as a reaction to a visit to Taipei by the Speaker of the House of Representatives in the United States, Nancy Pelosi.

According to authorities from Taiwan’s defense ministry, China’s “high intensity” military patrols continued to be conducted near Taiwan, and Beijing’s desire to make the Taiwan Strait, which separates the two sides, its “inner sea” would become the primary source of instability in the region.

Taiwan has expressed concern over the frequency with which Chinese drones have flown in close proximity to the small island groupings it controls along China’s coast.

According to Lin, the military will use the same authority to “counter-attack” Chinese drones that did not heed instructions to leave its territory after posing threats if they continue to violate its airspace.

In response to this, the spokesman for China’s Ministry of Foreign Affairs, Zhao Lijian, stated that Taiwan is a province of China and that there is no such thing as a “Ministry of National Defense.”

In addition to this, he stated that “it is useless for the Taiwan government to increase the tension.”

Taiwan’s accusations about drone harassment were ignored by China’s Foreign Ministry this week as “not worth fretting about,” causing Taiwan to characterize Beijing as little more than thieves.

During the same conference, a director from the military institution National Defense University named Ma Cheng-Kun stated that China may take additional action to refuse passage of foreign naval ships via the strait without its consent.

Even though they are well-equipped, Taiwan’s military forces are nevertheless outclassed by China’s. Tsai is in charge of a modernization program and has made it a priority to raise the amount of money spent on the military.

China has not ruled out the possibility of employing force in order to gain control of the island. In response to Beijing’s claims of sovereignty over Taiwan, Taipei has stated that the People’s Republic of China has never held administrative control over the island and that only the people of Taiwan have the authority to determine the island’s political destiny.