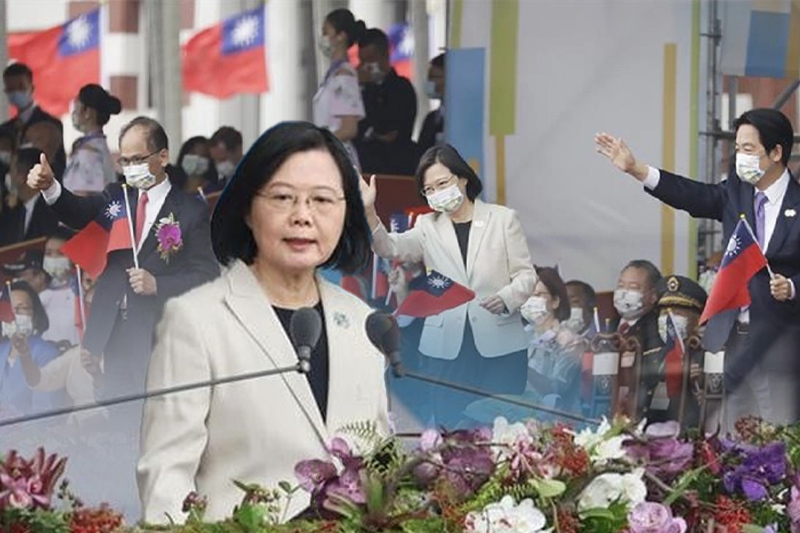 Taiwan’s President Tsai Ing-wen said in her National Day speech that there is “no room for compromise” over the sovereignty of the self ruled island. She also added that the Taiwan government is ready to work with Beijing to find “mutually acceptable ways to maintain peace across the Taiwan Strait”. “The consensus of the Taiwanese people … is to defend our sovereignty and our free and democratic way of life. There is no room for compromise on this,” Tsai said in a speech marking Taiwan’s National Day.

While addressing crowds on Monday at Taiwan’s de facto National Day, Taiwanese President Tsai Ing-wen said the self ruled island had to increase its resilience and international position in the face of growing authoritarianism by China. She also warned Beijing that Taiwan would not give up its democracy or sovereignty. “Only by respecting the commitment of the Taiwanese people to our sovereignty, democracy, and freedom can there be a foundation for resuming constructive interaction across the Taiwan Strait,” Tsai said.

Beijing is resolute to annex Taiwan, which it claims as integral province of China, with the threats of annexation increasing in recent years. Apart from increased military action, China has also been accused of targeting Taiwan with cyberwarfare. “Chinese disinformation efforts often increase during Taiwanese election periods, and local elections, scheduled for late November, are often seen as a precursor to presidential elections, which follow about a year later”, as observed by The Guardian.

“We absolutely cannot ignore the challenge that these military expansions pose to the free and democratic world order … The destruction of Taiwan’s democracy and freedom would be a grave defeat for the world’s democracies,” President Tsai said.

“Double Ten Day” or 10 October, commemorates the beginning of the Wuchang Uprising in 1911, that had led to the establishment of the Republic of China, Taiwan’s official name. After the Chinese Civil War, the ROC government had fled to the island of Taiwan and there had established a government in exile.