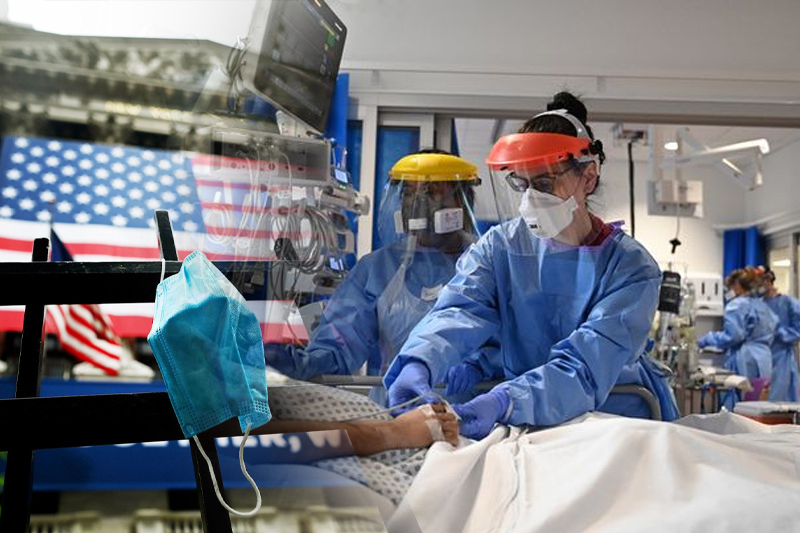 a winter of unprecedented wave of viruses in us is looming

A winter of unprecedented wave of viruses in US is looming

As United States is preparing for a winter season, the hospitals across the country are bracing themselves for the upcoming challenge that would be harder than ever. The health care facilities nationwide are preparing for another winter season that would not only have Covid-19 cases but also high number of influenza cases along with other respiratory illnesses that have been brewing in the backdrop for past two years.

Flu cases have already started to surge in various parts of the US, according to the Centers for Disease Control and Prevention (CDC). Pediatricians are also observing an increasing number of children falling sick with respiratory syncytial virus, or RSV, and enteroviruses. Moreover, Covid-19 cases are still being diagnosed despite a gradual decline. The fact that this winter season is going to be confluence of various viral respiratory infections, the pressure on health care framework is going to be immense with a shortage of staff. “If you go around the nation and ask hospitals how busy they are, every single one of them will tell you: They’re busy,” said Dr. Carlos del Rio, an executive associate dean at the Emory University School of Medicine and Grady Health System in Atlanta.

Since the pandemic began, the overwork is forcing health care professionals to quit. In fact, the current rate of workers quitting is 23 per cent higher than what it was in the beginning of pandemic. And this trend is nationwide. “Nurses were on the front line, and some of them burned out and quit,” said Dr. James McDeavitt, executive vice president and dean of clinical affairs at Baylor College of Medicine in Houston. “Others that were in their 50s and 60s who maybe thought they’d be working for another five years took an early retirement.”

Though the number of Covid-19 cases are appearing to decline, as are the number of hospitalizations due to Covid, the number is expected to rise during winters as more people assemble indoors. “We’ll see an increase in Covid cases — probably not to the extent that we saw in the winter of 2020 and winter of 2021 — but we will see a rise,” said Matthew Binnicker, director of clinical virology at the Mayo Clinic. “Most of those will be infections that lead to mild to moderate illness.”

“Pediatricians have begun to see high numbers of severely sick patients with respiratory illnesses,” said Dr. Sarah Combs, an emergency medicine physician at Children’s National in Washington. The CDC recommends “an annual flu shot for everyone aged 6 months and older. Children younger than age 9 who have never had a flu vaccine should get two this year, at least four weeks apart.”