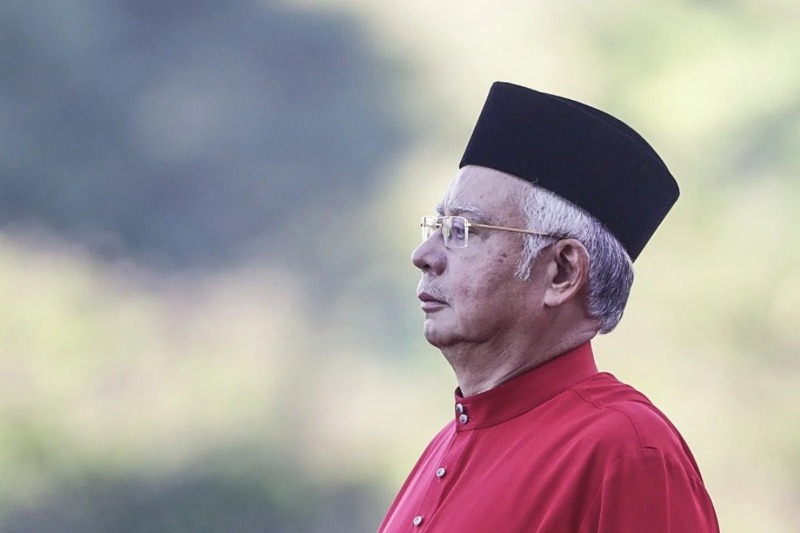 Every day, everywhere, the huge question of when Malaysia’s 15th general election (GE15) would be called continues to be the main topic of conversation in all parts of society throughout the entire country.

Before any decision to dissolve Parliament can be taken, Malaysian Prime Minister Ismail Sabri Yaakob stated that it required additional in-depth and careful analysis. He did not specify whether or not the election would be held this year or the following.

An interview he gave on the occasion of his first year anniversary as head of the government (he took office on August 21 of the previous year) revealed that the government’s top priority right now is to resolve a multitude of issues that are troubling the people and the country. The most recent of these issues is related to a scandal involving a littoral combat ship, and the global economic slowdown that is anticipated for next year.

Mr. Ismail Sabri, who is 62 years old, stated that GE15 may be called if the two aspects of present difficulties and economic instability were first addressed and stabilized.

We are concerned about the predicted economic instability for the following year; yet, the longer we wait, the more challenging the situation will become, so perhaps we can have it (GE15) this year.

“But even if we limit ourselves to this year, there are still far too many problems that need to be resolved. Because of this, coming to a conclusion about what to do is not an easy task,” he continued.

Mr. Ismail Sabri assumed the role of prime minister on August 16, 2021, following Mr. Muhyiddin Yassin’s resignation. Mr. Yassin’s decision to step down came after he was unable to get the backing of the majority of members of parliament.

During a 45-minute interview with local media, Mr. Ismail Sabri was peppered with questions on politics and GE15. In response, he concurred with the idea that the mandate must be returned to the people so that they can vote for a new government.

Since there have been three different administrations in the past, it is imperative that the people be given the opportunity to vote for a new one (in this parliamentary term). Since some of them have acknowledged it while others have not, it is in everyone’s best interest to give the mandate back to the people. Despite this, there are a great deal of problems that need to be tackled, particularly with regard to the economy, income, and jobs.

The present government’s five-year term will end in July 2023, and the 15th General Election must take place no more than one hundred and twenty days after the dissolution of parliament.

In the current session of parliament, Mr. Ismail Sabri has become the third prime minister to be appointed.

In the midst of the COVID-19 epidemic, four state elections were held in Malaysia after GE14. These elections took place in the states of Sabah, Melaka, Sarawak, and Johor.

The political coalition led by Mr. Ismail Sabri, known as the Barisan Nasional (BN), was victorious in regaining control of the states of Melaka and Johor, each achieving a majority of two-thirds of the vote, and formed a new state government in Sabah in coalition with the Gabungan Rakyat Sabah party.

The Member of Parliament for the United Malays National Organization (UMNO) party in the Bera constituency, Mr. Ismail Sabri, stated that the success of the coalition in the state election in Melaka in November of the previous year and in Johor in March of the previous year cannot be used as a guarantee of success for the coalition in GE15. This statement was made by Mr. Ismail Sabri.

In the case of Johor, he stated that BN’s landslide victory was most likely made possible by low voter turnout due to fears around COVID-19; however, the scenario may be different for GE15.

It’s possible that some people believe elections held at the state level aren’t all that significant… But on the federal level, it’s a whole other story,” Mr. Ismail Sabri explained.

“Despite their reservations around COVID, voters will turn out in large numbers to ensure that their parties will be able to participate in the formation of the next administration. As a result of this, I do not believe that the success that BN had in Melaka and Johor can be regarded as a guarantee of success or support for us.”

“The ‘top five’ can debate anything,” declared the prime minister. “But if I bring their recommendation to the Cabinet and the Cabinet approves and even sets a date for it, and then I bring it to Agong and he doesn’t agree, it will not happen.”

Because the BN is not the sole coalition that is currently forming the government, Mr. Ismail Sabri stated that the dissolution of parliament needs to be debated by the Cabinet, which is a change from his previous statements.

There are three coalitions that make up the federal administration that was founded in August of the previous year and is led by Mr. Ismail Sabri. These coalitions include the BN, the Perikatan Nasional, and the Gabungan Parti Sarawak.

His tenure as prime minister, which only lasted a year, turned out to be the most difficult part of his entire political career.

He had taken over as leader of Malaysia at a time when the influenza was still in its early stages, and the devastating impacts of the pandemic are still being felt to this very day.

Those with incomes in the lower forty percent faced an increased danger of losing their jobs and other sources of income during the height of the pandemic movement controls that were implemented from March 2020 through March of this year.

According to Mr. Ismail Sabri, “That was the most trying and challenging era for me as I had to pick between life and livelihood.”

“The most of the decisions didn’t present too much of a challenge for me, but the one about the lockdown was definitely a weighty one. I was concerned that I would lose my job… (And) how many people would be out of work if the factories were to close?”

Since April, Malaysia has been shifting into an endemic phase, which is an exit plan that has enabled the complete reopening of the borders and economic sectors of the country.

In the process of reviving the economy, Mr. Ismail Sabri was forced to face yet another obstacle in the form of the conflict between Russia and Ukraine, which had an impact on the plans that the government had for economic recovery.

“As a result, I found it to be really challenging in the beginning,” he explained.” But, alhamdulillah (praise be to God), if you were to look at Bank Negara’s announcement on Malaysia’s GDP (gross domestic product), we are the best in Southeast Asia and also when compared to the superpowers and economic giants such as China, Japan, the United States (and) Europe. This is according to the Bank Negara’s announcement. When compared to other countries, we have a significantly higher GDP.

During the second quarter of 2022, the Gross Domestic Product of Malaysia grew by 8.9 percent. The national economy expanded by 6.9 percent from the beginning of the year until the end of June.

Mr. Ismail Sabri, who took over the reins of leadership at a time when Malaysia was experiencing political instability, stated that the signing of a memorandum of understanding (MoU) on transformation and political stability between the federal government and the opposition Pakatan Harapan was not an issue that could be easily dealt with. He said this as he took over the reins of leadership.

“It was not simple because we are answerable to our (own) party (on why the MoU was needed),” he noted. “It was necessary, but it was not without its challenges.”

The Prime Minister has stated that he has not yet made an evaluation of the performance of Cabinet Ministers so far this year, but he has acknowledged that many issues, such as the price of chicken and cooking oil, in addition to matters pertaining to the economic recovery, have been successfully addressed.

“Not every single one of them was ideal; some of them were good, while others fell short of expectations.” According to Mr. Ismail Sabri, “not really that good.” However, we are taking everything into consideration. If a significant number of the problems have been satisfactorily resolved, then, of course, those successes can be attributed to the combined efforts of the administration as a whole.

He continued by saying, “We regard this success to have been a collaborative effort; it is not just credited to any one member in the Cabinet because Cabinet decisions are group decisions.”

Mr. Ismail Sabri responded to a question about whether or not it was necessary to designate a deputy prime minister by stating that he did not feel hindered by the absence of a deputy for the time being because he has four senior ministers representing coalition parties who are assisting him.