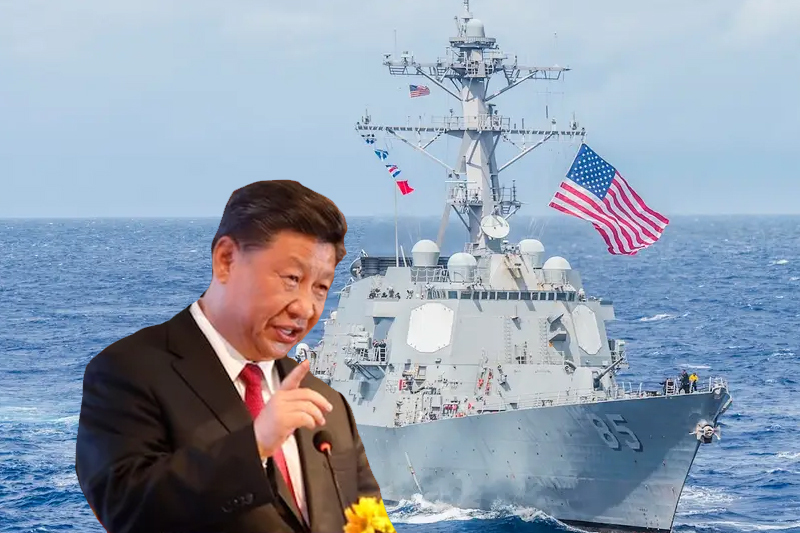 us warships presence in taiwan strait and chinas response

US warships’ presence in Taiwan Strait and China’s response

Early August, United States Speaker of House Nancy Pelosi visited Taiwan as part of her high profile trip to Asia, a move that didn’t sit too well with China. Beijing considers Taipei to be integral part of the country and has vowed to bring the island territory under its control by any means possible. US and China have been at opposite ends, specially more during recent years, and this unannounced visit by Pelosi was considered as an interference by US in its internal matters. As a result, China staged its biggest ever military drills around the island in Taiwan Strait.

As Chinese warplanes swarmed around Taiwan, analysts feared that this might be the “new normal” – presence of China’s PLA (People’s Liberation Army) closest ever to Taiwan. As China highlighted its aggression, diplomats from around the world visited Taiwan in show of support to the country. US, though vowed to support Taiwan, assured of staying on course and not initiate any aggression, though stressed that any intimidation by China would be answered with equal intensity.

The US Navy on Sunday sent two guided missile cruisers through the Taiwan Strait. China, as usual, called it out claiming the US warships were in its internal waters. However, the strait is considered to be international waters under United Nations Convention on the Law of the Sea. “It was the first time in at least four years the US Navy had sent two cruisers through the strait,” said Collin Koh, research fellow at the S. Rajaratnam School of International Studies in Singapore. “Having two instead of the usual one vessel to do this mission is certainly a ‘bigger’ signal of protest against not only Beijing’s recent military exercises around Taiwan following the Pelosi visit, but also in response to Beijing’s attempt to subvert the legal status of the waterway and the longstanding freedom of navigation rights through the area,” Koh said.

But this wasn’t the most surprising part. The fact that Beijing has no response is what has raised eyebrows across analysts and experts. The Chinese military’s Eastern Theater Command has said that it is monitoring the ships and is on high alert, ready to “thwart any provocation”. The state run Global Times has also called the two US warships’ presence to have “no actual threat to China’s security”. Chinese ambassador to Washington, Qin Gang said, “If there’s any move damaging China’s territorial integrity and sovereignty, China will respond.”

Experts deem the reason behind this lack of response from Beijing to be the blowback internationally. Any action by China against US ships can be seen as an act of aggression, and this hints towards changing position in Beijing.