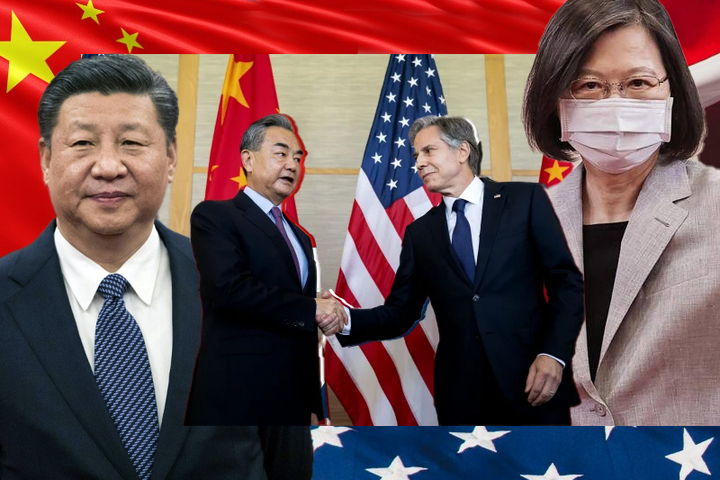 The US is sending dangerous signals to Taiwan

The US is sending dangerous signals to Taiwan

An official from the United States told the press that Taiwan was the primary topic of discussion during the 90-minute meeting that took place between Chinese Foreign Minister Wang Yi and Secretary of State Antony Blinken on the sidelines of the United Nations General Assembly in New York. The meeting was described as being “direct and honest.”

According to a senior official in the US administration, “For our part, the secretary made crystal clear that, in accordance with our long-standing one-China policy, which again has not altered, the maintenance of peace and security across the Strait is absolutely, vitally necessary.”

In a statement regarding the meeting, China’s Ministry of Foreign Affairs said that the United States was sending “very wrong, dangerous signals” regarding Taiwan, and that the more vigorously Taiwan pursues its independence, the less likely it is that there will be a peaceful resolution to the issue.

According to the ministry that quoted Wang, he stated that the United States has no authority to interfere in the technique that would be used to resolve the Taiwan issue since “the Taiwan issue is an internal Chinese matter.”

After a visit to Taiwan in August by US House of Representatives Speaker Nancy Pelosi – which was followed by large-scale Chinese military drills – as well as a commitment by US President Joe Biden to support the democratically run island, tensions regarding Taiwan have skyrocketed.

The comment made by Biden was the most direct he has been up to this point about sending US soldiers to the defense of the island. It was also the most recent instance of his seemingly going beyond a long-standing policy of the United States known as “strategic ambiguity.” This policy does not make it apparent whether or not the United States would respond militarily to an attack on Taiwan.

China stated that Biden’s statements conveyed the incorrect signal to those wanting an independent Taiwan. The White House has insisted that its policy regarding Taiwan has not changed, but China said that Biden’s remarks did.

During a phone conversation in July with President Biden, Chinese President Xi Jinping issued a threat to Taiwan, warning, “those who play with fire will perish by it.”

The State Department had stated earlier that Blinken’s meeting with Wang was part of an effort by the United States to “maintain open lines of communication and manage competition responsibly,” and a senior official stated that Blinken had reiterated the United States’ openness to “cooperating with China on matters of global concern.”

According to the official, Blinken also “highlighted the repercussions” if China were to “give material support to Russia’s invasion of Ukraine” or participate in “bulk sanctions evasion.” Blinken made these comments in his testimony before the Senate Foreign Relations Committee.

Officials from the United States have stated in the past that they have not found any indication that China is giving such support.

According to the official, Blinken “emphasized that the United States and China, as well as the international community, have an obligation to work to counteract the effects of that invasion and also to deter Russia from taking further provocative actions.”

Taiwan is considered to be a province of China by the Chinese government. Beijing has pledged for a long time to bring Taiwan under its control and has not ruled out the use of force to accomplish this goal.

The government of Taiwan has voiced its vehement opposition to China’s assertions of sovereignty and has stated that the island’s 23 million residents are the only ones who can decide the island’s fate.