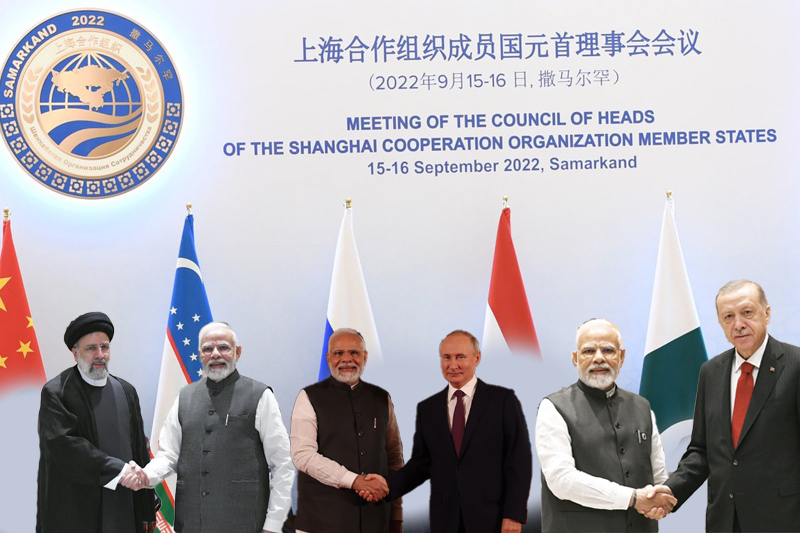 “Today’s era isn’t of war and I’ve spoken to you about it on call. Today, we’ll get the opportunity to talk about how can we progress on the path of peace. India and Russia have stayed together with each other for several decades,” Mr. Modi told Putin during the bilateral meeting. Putin has also reassured Modi that he is aware of his concerns and that he too wanted the Ukraine conflict “to end as soon as possible”. Modi added that the Russia and Ukraine conflict must be resolved through dialogue and diplomacy.

Modi and Putin have shared bond of friendship that has strengthened over time. “Everyone knows of our relations and friendship. Our relations are getting stronger… we are working for the people. I am hopeful that our bilateral talks will strengthen our relations.”

“Had a wonderful meeting with President Putin. We got the opportunity to discuss furthering India-Russia cooperation in sectors such as trade, energy, defence and more. We also discussed other bilateral and global issues,” said Prime Minister Narendra Modi after meeting with Russian President Vladimir Putin.

Had a wonderful meeting with President Putin. We got the opportunity to discuss furthering India-Russia cooperation in sectors such as trade, energy, defence and more. We also discussed other bilateral and global issues. pic.twitter.com/iHW5jkKOW0

This was the first meeting between PM Modi and Iran’s President Ebrahim Raisi as they discussed the bilateral relations between the countries and development of Chabahar Port and regional developments including ongoing crisis in Afghanistan.

Held wide-ranging discussions with President Ebrahim Raisi. We talked about the growing India-Iran friendship and the scope to boost ties in sectors like energy, commerce and connectivity. pic.twitter.com/jrGI6ut7kM

PM Modi also held bilateral talks with the Turkish President as the leaders discussed deepening economic alliance between the countries.

Met President @RTErdogan and reviewed the full range of bilateral relations between India and Turkey including ways to deepen economic linkages for the benefit of our people. @trpresidency pic.twitter.com/wwNe1KrMCm