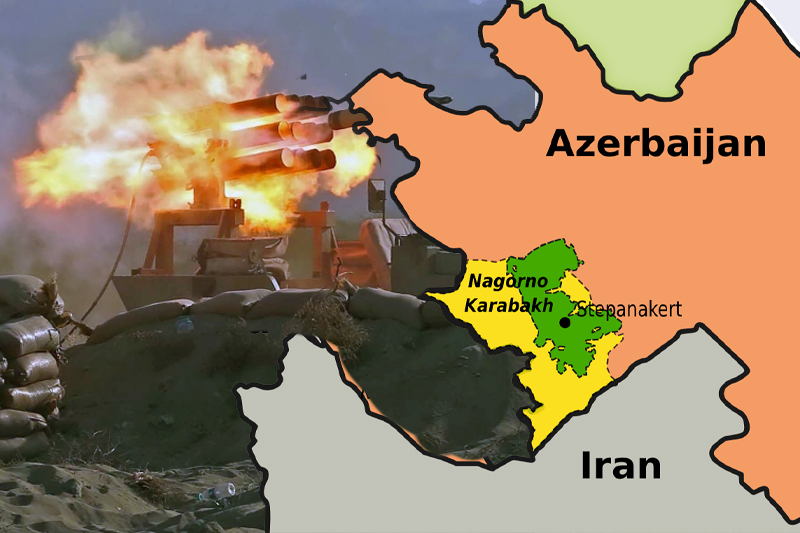 what is brewing between iran and azerbaijan

What is brewing between Iran and Azerbaijan?

While the world is constantly updated about the war between Russia and Ukraine on the eastern end of European continent, there is another war in the South Caucasus that is brewing in the background. The tensions between Iran and Azerbaijan have been soaring constantly since the Karabakh War of 2020and now the conflict is escalating.

The prime reason of Iran’s stress is Azerbaijan’s convincing victory against Armenia, which was supported by Turkey and Israel. This was when Iran realized how vulnerable the security along northern border was. Tehran has seemed to be willing to accept the inevitable situation of Azerbaijan regaining the Karabakh region, which is officially recognized by the United Nations as a part of Azerbaijan. But the Islamic Republic has been raising concerns throughout September over frequent encroachments along southern borders of Armenia. This renewed instances of assault by Azerbaijan have raised alarm from Iran as well as the United States and France.

The new encroachments by Azerbaijan have been at one of the red lines of Iran can possibly lead to new borders drawings in the region, a possible outcome that has been hinted at by presidents Aliyev and Erdogan. But this redrawing will raise new geopolitical problems for Iran – one of the most important of them being the disruption of an old trade route for Tehran through Armenia that has been present for thousands of years.

Azerbaijan too has been vocal about its rift with Iran as it declared its plans of “Greater Azerbaijan” in a released map that features parts of Iran’s northern provinces. It is to be noted that Iran is home to around 16 million Azeris, concentrated in the northwest of the country along the Azerbaijan border.

Looking at the military capabilities, Iran has ballistic missiles to its disposal while Azerbaijan currently lacks the ability to defend itself from Tehran’s potential attacks. However, Azerbaijan has sealed a mutual defense pact with Turkey which is its one line of defense against the opponent.