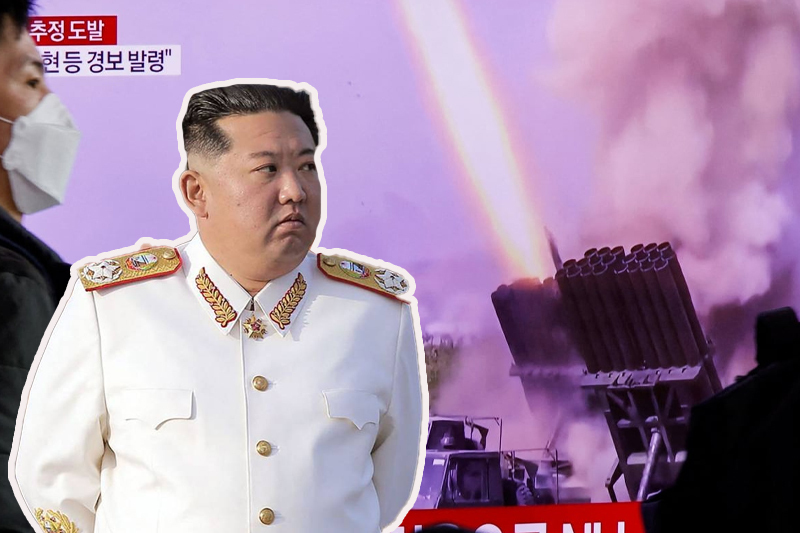 Military chiefs of South Korea have claimed that North Korea’s launch of a suspected new type of intercontinental ballistic missile (ICBM) may have been a failure. The ICBM was one of three missiles that was fired on Thursday morning. “The ICBM was fired from the suburbs of Pyongyang but then appeared to have failed during normal flight after the separation of the propellant and warhead sections,” defence sources have told multiple media outlets in South Korea.

“North Korea’s ICBM launch is presumed to have ended in failure,” said the South Korean military, according to the Yonhap news agency.

The long range ICBM missile had reached a maximum altitude of 2,000km (1,200 miles) and flying about 750km (460 miles), said Japanese defence minister Yasukazu Hamada, before it “disappeared from radar over the Sea of Japan, known in Korea as the East Sea, about 1,100km off the coast of Japan”. Japanese prime minister Fumio Kishida said the launches were “outrageous and absolutely intolerable” after the launch triggered alarm in the country.

US state department spokesperson Ned Price also condemned the launch of an ICBM, saying it was a complete violation of many UN security council resolutions, and “demonstrates the threat the DPRK’s [Democratic People’s Republic of Korea’s] unlawful weapons of mass destruction and ballistic missile programs pose to its neighbours, the region, international peace and security and the global non-proliferation regime”. Wendy Sherman, the US deputy secretary of state, has said that she has spoken to her South Korea counterpart, adding: “Our commitment to the security of the ROK [Republic of Korea] and Japan remains ironclad, and we’ll partner to address DPRK provocations and other shared challenges.”