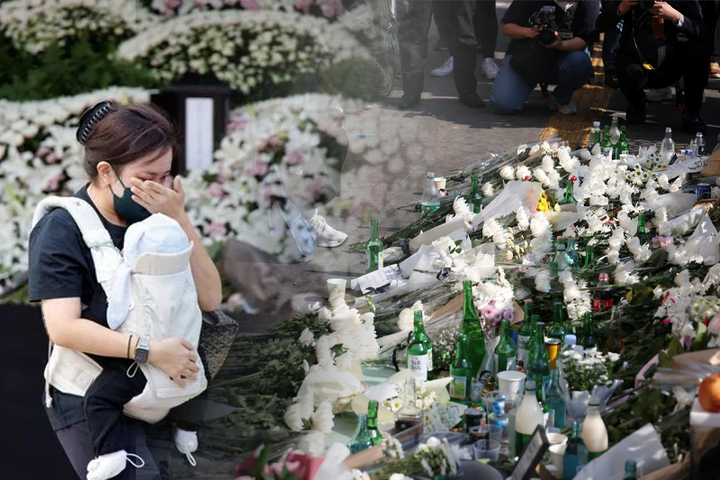 Tuesday, South Korea sought to ease public fury after a Halloween party crush that killed more than 150 people, the majority of whom were young, by promising a swift and thorough investigation and calling for strict new safety measures to prevent future tragedies.

On Saturday, the dead toll from the crush at a crowded Halloween street party rose to 156, with 151 injured, 29 in critical condition. At least 26 nationals from 14 different nations were among the fatalities.

Tens of thousands of revelers, many in their twenties and wearing costumes, had flooded into the small streets and alleys of the famed Itaewon district for the first virtually unrestrained Halloween celebrations in three years.

General Commissioner of the National Police Yoon Hee-keun stated that crowd control at the scene was insufficient. Interior Minister Lee Sang-min, the country’s leading security officer, stated that sending extra police would not have avoided the calamity.

Yoon stated during a news conference, “I feel an immense sense of responsibility about public safety in light of this event, and I will do my utmost to ensure that a similar tragedy does not occur again.”

Yoon stated, “The police will swiftly and thoroughly undertake exhaustive inspections and investigations on all areas of this accident, without exception.”

During a cabinet meeting, he stated, “We should devise specific safety measures to handle crowds, not only on these streets where this massive calamity occurred, but also in areas like stadiums and concert venues where large crowds gather.”

All of the fatalities have been identified, and locals have paid their condolences at memorial altars set up at the Seoul city hall and in the Itaewon neighborhood.

The public has sharply criticized Lee’s remarks about the role of police. On social media, numerous Koreans stated that safeguards for an event that was anticipated to attract big crowds were insufficient.