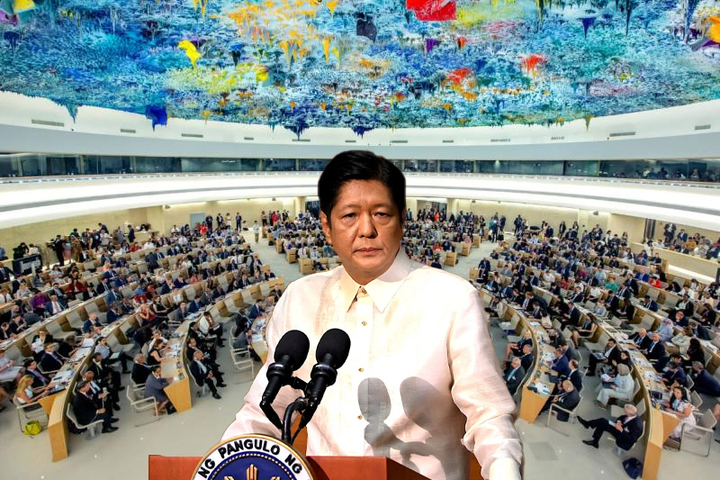 As the United Nations Human Rights Council (UN HRC) will shortly examine the human rights record of the Philippines, which was tarnished by the culture of impunity under previous president Rodrigo Duterte, all eyes will once again be on the UN HRC.

On November 14, the Philippines will undergo the Universal Periodic Review (UPRC), a procedure in which 45 UN HRC member nations are scheduled to examine and offer recommendations concerning human rights issues. In 2017, less than a year into the Duterte government, the country last undertook this practice.

Now that Duterte has left office, Filipino human rights groups hope that the council will look behind President Ferdinand Marcos Jr. and his administration’s “charm diplomatic offensive” and instead focus on the “severe absence of justice and accountability” in the country.

Regarding human rights, they urge the UN body not to give the Marcos regime a clean slate.

“It is probable that the Marcos Jr. administration will attempt to dodge responsibility by claiming ignorance of serious, urgent, and pending human rights issues and concerns,” stated Cristina Palabay, secretary-general of Karapatan and head of the Philippine UPR Watch team.

“However, the UPR should take into account the trend of governments’ compliance with their commitments under international human rights treaties, as well as indicators of the current administration’s policies and activities,” she noted.

The severity of the human rights situation left behind by the Duterte administration, which the Marcos administration must solve, is already evident from official statistics.

At least 6,252 people were killed in police anti-drug operations between July 2016 and May 31, 2022, a month before Duterte’s tenure expired, according to government data. Human rights organisations estimate that between 27,000 and 30,000 people have been killed in vigilante-style killings.

So yet, just one of these fatalities has resulted in a conviction: the case of 17-year-old Kian delos Santos. In October, Justice Secretary Jesus Crispin Remulla pledged “real justice in real time,” but the much-touted drug war review panel established by the Department of Justice in June 2020 has made no substantial progress.

Aurora Parong, a member of the national executive board of the Philippine Alliance for Human Rights Advocates (PAHRA), stated that the United Nations Human Rights Council (UN HRC) should recognize that the Marcos government’s rhetoric on human rights “is empty, as public statements and actions in the country contradict them.”

For instance, just a chairperson and one commissioner have been appointed to the Commission on Human Rights, which is required by the 1987 Philippine Constitution to investigate governmental violations. Marcos also stated that he has no intention of rejoining the International Criminal Court (ICC) following Duterte’s 2019 withdrawal of the Philippines’ membership.

“The current administration inherited the consequences shaped by the previous administration’s atrocities and has the human rights obligation to provide remedies and reparations as well as deliver justice by holding accountable those responsible for the killings and other human rights violations,” Parong said.

“If not, the Marcos administration will be complicit in crimes against humanity, including as murder and other human rights violations, committed by the previous administration by facilitating the evasion of former and present government officials,” she continued.

The forthcoming UN review coincides with considerable criticism of the UN Human Rights Council’s ineffective response to widespread human rights violations and a lack of justice in the Philippines. Instead of conducting an investigation into documented killings under Duterte’s administration, the United States has offered technical aid to the Philippines.

In a report published in September 2022, the UN Office of the High Commissioner for Human Rights (UN OHCHR) identified a number of factors that lead to “extremely limited” access to justice for abuse victims in the country. The council also failed to act on the report’s findings.

“The UN Human Rights Council has failed to safeguard the people of the Philippines from the very persons who should be defending them, law enforcement agents and top government officials,” said Parong.

“These judgments of the UN Human Rights Council have contributed to diminishing the glimmer of hope for justice through international procedures and processes at the global level, and they have failed victims’ families, civil society organizations, and those who appreciate human rights,” she added.

The centerpiece of the scheduled Universal Periodic Review would be the recommendations of member states to the Philippines, as well as other nations that would be reviewed during the session.

According to PAHRA’s Parong, the process may be significantly enhanced by requiring countries under review to explain, among other things, why they do not accept particular proposals and why they fail to make progress on earlier recommendations.

“It should transform the UPR into a tool that analyzes successes and failures in human rights governance and reports real, time-bound success indicators,” she said.

“This more rigorous procedure can help de-escalate or stop huge human rights violations, shatter impunity, and lead to the gradual achievement of economic, social, and cultural rights, as well as better enjoyment of civil and political rights in many countries,” Parong noted.

The expected UPR in November will not only serve as a report card for the Philippines, but also as an additional test for the much-maligned UN Human Rights Council.

It was recently criticized for denying a formal debate that would have discussed the abuses of Uyghurs in China, despite a United Nations study finding transgressions that might be considered crimes against humanity.

Karapatan’s Palabay cautioned that the legitimacy of the UN Human Rights Council and the review itself are at jeopardy. In light of the crisis produced by Duterte, human rights defenders will be observing whether the Duterte administration would take more substantive and decisive action to address the human rights situation in the Philippines, and whether the Marcos government will do anything major.

“It will be perceived as a mere forum for governments to gloss over their dismal human rights records, rendering the different human rights accords meaningless,” she said, adding that the council cannot continue with business as usual.

Human rights organizations and other interested parties await the next development at the International Criminal Court.

Prosecutor Karim Khan of the International Criminal Court has insisted on resuming his investigation into the drug war killings under Duterte because there are no indications that “criminal proceedings have been or are being pursued in more than a limited number of cases.”