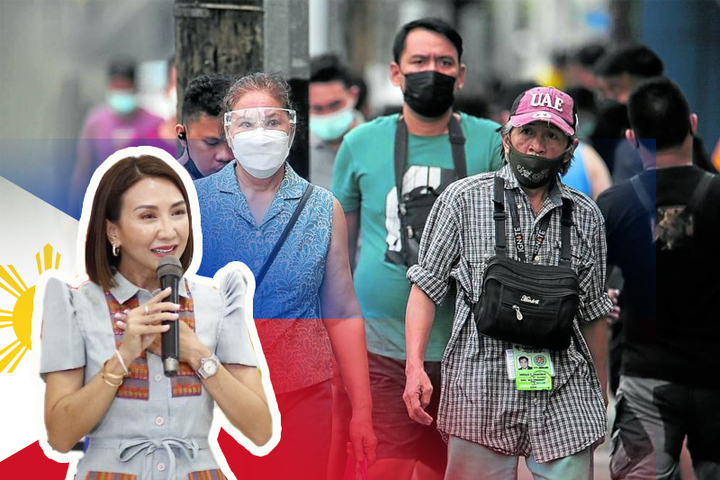 The Philippines will soon permit the optional indoor use of face masks.

The news was made by Tourism Secretary Christina Frasco during the Malacaang press briefing on Tuesday, October 25, following the Cabinet meeting with President Ferdinand Marcos Jr.

“As a result of this morning’s Cabinet meeting, it was decided that the President would issue an executive order implementing the IATF recommendation to make indoor mask use voluntary throughout the entire Philippines,” Frasco told reporters in lieu of a health secretary whom the President has yet to appoint.

“Mask use would also be strongly advocated for the unvaccinated, those with comorbidities, and senior citizens,” Frasco noted.

She stated that masks would continue to be mandatory in public transit and medical facilities.

The tourism official also stated that easing the pandemic protocol will “bring our country in line with our ASEAN counterparts, who have liberalized their mask mandates for some time now.”

The Philippines have recently reported occurrences of the more transmissible Omicron subvariant XBB.

Reportedly, the XBB, a subvariant of the highly transmissible Omicron variant, is responsible for the current spike in cases in Singapore. Despite the fact that the XBB appears to circumvent vaccine protection and is considerably more transmissible than the BA.5 subvariant, Singaporean health officials have stated that there is no evidence that the variant has caused more severe illness in infected patients.

In September, Marcos permitted the optional wearing of face masks in outdoor settings, despite opposition from leading medical professionals in the Philippines. They stated that sending the message that the public “should no longer fear COVID-19” would be inappropriate.