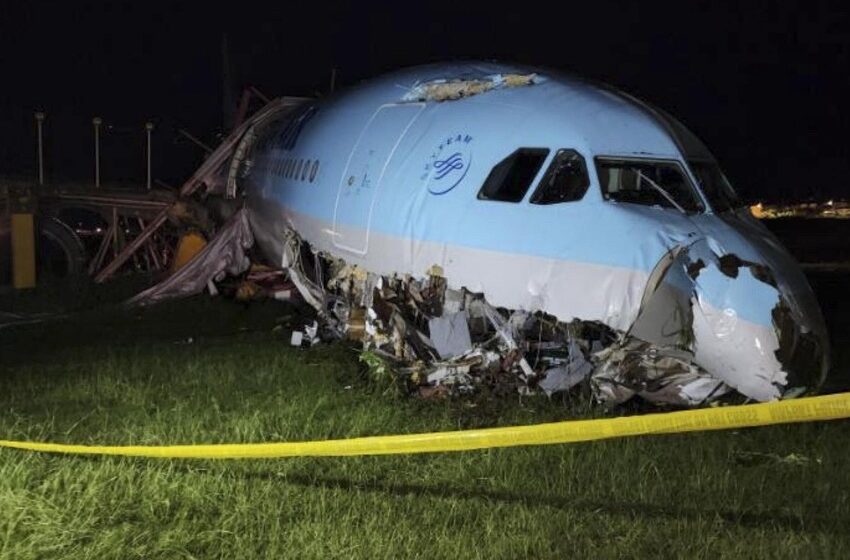 Korean Air aircraft overruns the runway in the Philippines

Korean Air aircraft overruns the runway in the Philippines

Authorities reported on Monday that a Korean Air plane veered off the runway while landing at Cebu international airport in the Philippines. The incident resulted in a few minor injuries and forced the closure of the airport, which is the second busiest in the country (Oct 24).

According to a report released by the Civil Aviation Authority of the Philippines (CAAP), all 173 passengers and crew members of Korean Air flight KE631 from Incheon were safely evacuated after the Airbus A330 aircraft overshot the runway on Sunday. The flight originated from Incheon.

At the airport clinic, patients received treatment for their minor injuries.

According to Glenn Napuli, the assistant general manager of the airport, the airport will remain closed until midnight, but the authorities are working to have aircraft back up and running within the day.

During the briefing, Napuli stated, “We are hopeful by tomorrow we will be able to remove the aircraft.”

According to Napuli, there is currently an investigation being conducted to determine what caused the mishap.

The president of Korean Air, Woo Kee-hong, has issued an apology for the event and promised that authorities in both the Philippines and Korea will conduct a “thorough inquiry.”

In a statement that was uploaded to the company’s website, Woo wrote, “We always put safety first in all of our activities, and we really regret the anxiety and inconvenient circumstances that this situation has caused for our customers.”

In 2018, an airplane operated by Xiamen Airline slipped off the runway at the Manila airport, which resulted in the cancellation of more than a hundred flights until the Chinese plane was extricated from the muck after more than a day had passed.