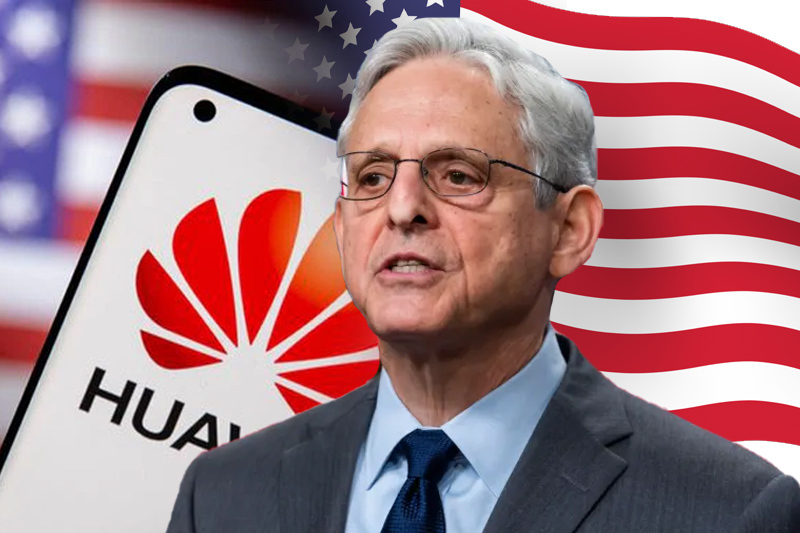 chinese spies charged in us for interference in huawei case

Chinese spies charged in US for interference in Huawei case

Two Chinese intelligence officers have been accused for trying to bribe a US law enforcement official towards an attempt to obtain inside information regarding a criminal investigation case against the controversial Chinese telecommunications company Huawei. The announcement of charges being pressed against the two alleged Chinese agents came as United States Attorney General Merrick Garland provides detaila into two other cases in which Chinese intelligence operatives had harassed dissidents in the country and also had pressurized American academics to work for them.

Garland said that the cases showed that China “sought to interfere with the rights and freedoms of individuals in the United States and to undermine our judicial system that protects those rights.” He added, “The justice department will not tolerate attempts by any foreign power to undermine the rule of law upon which our democracy is based.”

Beijing has also been accused over long period of time by Washington of meddling in US politics and also attempting to steal its intellectual property. But the unmasking of espionage operation by Chinese spies has marked an escalation by the US Department of Justice after it had accused Chinese telecommunications company Huawei of conducting racketeering and conspiring to steal the trade secrets in February 2020. “This was an egregious attempt by PRC intelligence officers to shield a PRC-based company from accountability and to undermine the integrity of our judicial system,” said the attorney general Merrick Garland.

“Chinese intelligence officers Guochun He and Zheng Wang attempted to orchestrate a scheme to steal the prosecution strategy memo, witness lists, and other confidential evidence from the US attorney’s office for the eastern district of New York,” the indictment has mentioned.

According to the indictment, the Chinese agents had paid around $61,000 worth of bitcoin in bribes to a US federal official whom they had believed to have been recruited by the Chinese government, but he in fact was working as a double agent for the FBI.