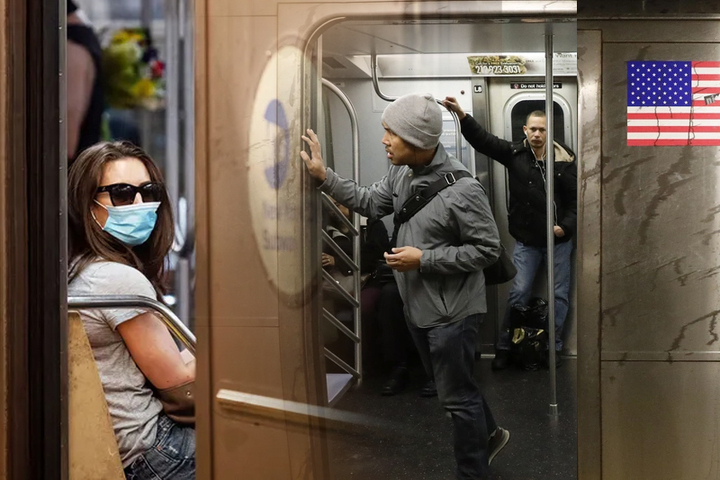 According to Governor Kathy Hochul, the 28-month-old COVID-19 rule that required masks on trains, buses, and other forms of public transportation, as well as in airports and ride-share cars, was terminated in the state of New York on Wednesday (September 7).

Hochul stated during a news conference that beginning today, the wearing of masks will no longer be required, citing newly amended instructions from the Centers for Disease Control and Prevention in the United States. “It is imperative that we bring some semblance of normalcy back into our lives… Masks are highly recommended but are not required.”

Hochul stated that the mask restrictions will no longer be enforced in airports, homeless shelters, correctional facilities, and detention centers. This also applies to ride-share cars and taxis.

In April 2020, when COVID-19 was in full swing in the New York City area, the state of New York passed the mandate for the first time.

“It has served as a constant and obvious indicator that something about this environment is not typical, and it has done so for the purpose it was intended to serve. It was beneficial to health, but things have changed much since then,” Hochul stated.

However, in the most recent few months, a significant number of riders in New York had stopped adhering to the mask requirement.

The Metropolitan Transportation Authority (MTA) has stated that it has changed the electronic signage that are found on subways and in stations so that it is obvious that wearing a mask is no longer required.

Following a ruling by a federal judge in Florida that an order requiring people to wear masks on public transportation in the United States was unlawful, the Biden administration made the decision in April to no longer enforce the regulation. In April, the state of New York decided against adopting the Biden approach.

Hochul stated that face masks will continue to be necessary in certain locations, such as adult care institutions and other medical facilities.

The United States Department of Justice filed an appeal against the decision of a judge in Florida who declared the transportation mask mandate unconstitutional; however, a federal appeals court has not yet scheduled the issue for oral arguments.