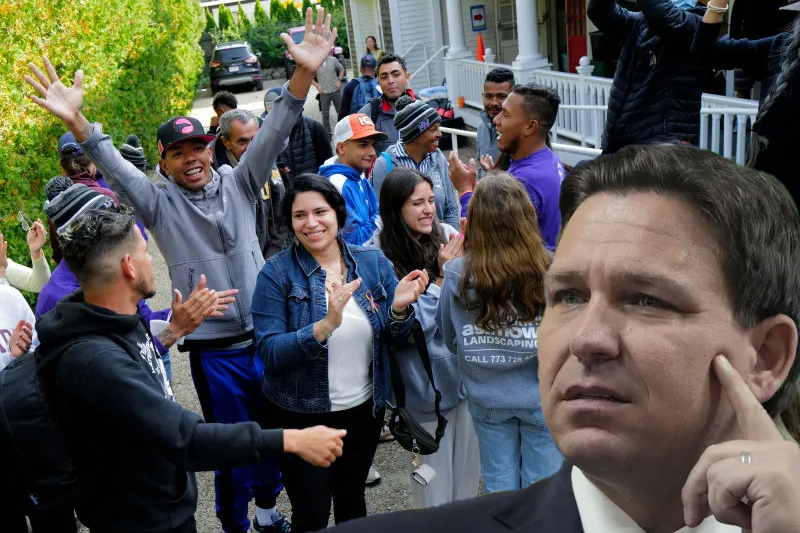 Migrants who were transferred to Martha’s Vineyard in Massachusetts under new program by Florida Governor Ron DeSantis have sued the Republican leader and other state officials. The class action suit filed against the Governor and others on Tuesday alleges that the migrants are victims of fraud for political gain. Alianza Americas, a Chicago based network of organizations led by migrants, and three migrants who were flown to Massachusetts last week on flights chartered by Florida’s Republican government have accused DeSantis and his co-defendants of executing “a premeditated, fraudulent, and illegal scheme … for the sole purpose of advancing their own personal, financial and political interests.” The lawsuit filed by the migrants seeks a class action status in federal court of Massachusetts.

The plaintiffs of the lawsuit have alleged that the “ruse” that was claimed by DeSantis to his credit as an effort to highlight illegal immigration in the United States, has in fact violated the constitutional protections for the migrants under the Fourth and Fourteenth Amendments and several federal statutes of the US Constitution.

The migrants who have filed the case against Florida Governor DeSantis are seeking damages incurred as well as asking the federal court “to block DeSantis and other officials who have been named in the lawsuit from inducing immigrants to travel across state lines by fraud and misrepresentation.” The lawsuit has also alleged that the money used by Florida government to make the transport was unauthorized as it “originated from the federal Coronavirus State Fiscal Recovery Fund and was therefore subject to its use restrictions.”

The lawsuit has alleged that DeSantis used the scheme along with officials and unidentified defendants to target migrants “trolling streets outside a migrant shelter in San Antonio and other locales” and said that they “lured roughly 50 migrants with McDonald’s gift certificates and free hotel stays, with the promise that if they boarded planes to other states they would get jobs, housing, educational opportunities and other assistance upon arrival”.

“Defendants manipulated them, stripped them of their dignity, deprived them of their liberty, bodily autonomy, due process, and equal protection under law, and impermissibly interfered with the Federal Government’s exclusive control over immigration in furtherance of an unlawful goal and a personal political agenda,” wrote Oren Sellstrom, the litigation director for Lawyers for Civil Rights, which is a Boston based nonprofit legal aid group that is representing the migrants in the lawsuit.