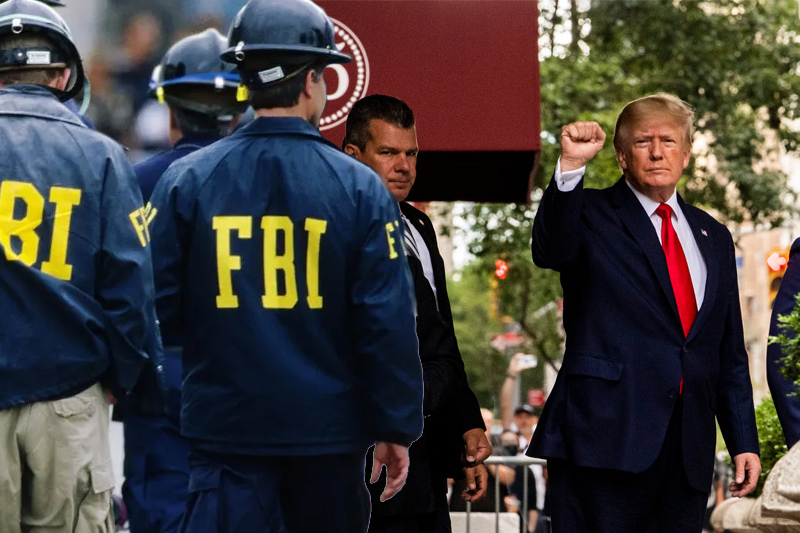 Former United States President Donald Trump has invoked his Fifth Amendment protection right against self-incrimination as he testified on Wednesday under oath as part of the New York attorney general’s civil investigation into his business dealings that has been going on for a while now. An hour after Trump arrived at Attorney General Letitia James’ Manhattan offices, he announced that he has “declined to answer the questions under the rights and privileges afforded to every citizen under the United States Constitution.” The fifth amendment right to the people of United states protects them from “being compelled to be a witness against themselves in a criminal case”.

“I once asked, ‘If you’re innocent, why are you taking the Fifth Amendment?’ Now I know the answer to that question,” the statement by former US President said. “When your family, your company, and all the people in your orbit have become the targets of an unfounded politically motivated Witch Hunt supported by lawyers, prosecutors and the Fake News Media, you have no choice.” Trump invoked the Fifth to every single question that was posed by Attorney General James, except for confirmation of his name at beginning of the closed-door interview. Trump has accused the attorney general of having “openly campaigned on a policy of destroying me”, according to the New York Times.

“Attorney General Letitia James took part in the deposition during which Mr. Trump invoked his Fifth Amendment right against self-incrimination,” James’s office later said in a statement. “Attorney General James will pursue the facts and the law wherever they may lead. Our investigation continues.”

Trump has been rather aggressive in defending himself, while limiting to written media and statements. According to experts, saying anything to defend himself in a deposition was definitely a very tricky and risky task, given anything said by him could have been used against him in another criminal investigation being carried out by the Manhattan district attorney office.