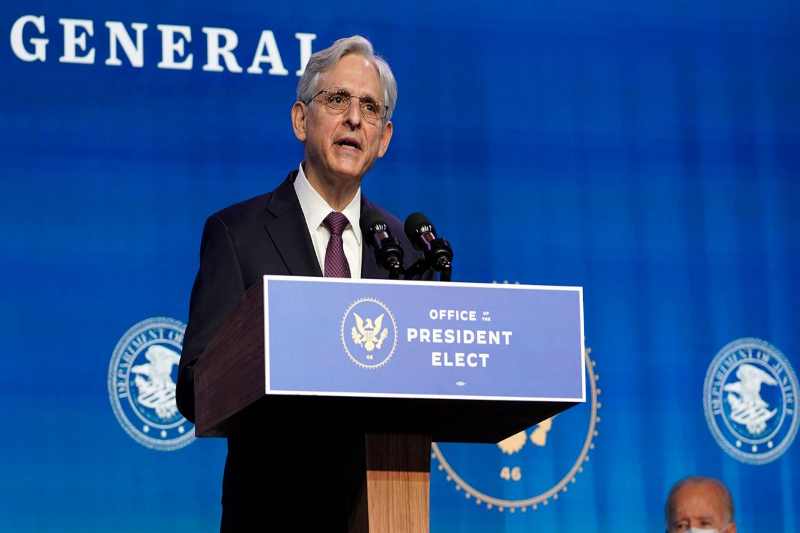 It looks like Judge Merrick Garland is going to be chosen to do the difficult job of manning the Attorney General’s role in Joe Biden’s administration. Earlier sidelined in the Obama administration, he was even then a prominent candidate for the role. Biden somehow has had his eye on the man who brings with him an incredible amount of experience to run the top seat in the American Justice Department.

Unlike his predecessor, Garland has earned his position as a trial prosecutor in the District Attorney’s office. Indeed, if he takes the hot seat, he has three major issues facing him- accountability cases, the correctness of law, and politics of the government itself. All of this has been in the doldrums as Trump sabotaged the United States of America in every possible way.

Among many other cases, Garland supervised the investigation of the 1995 bombing of a federal building in Oklahoma City, which killed more than 160 people, and the 1996 Olympic Park bombing in Atlanta. In 1997, he became a federal appellate judge for the US Court of Appeals for the District of Columbia Circuit, widely regarded as the second most important court in the country, behind only the Supreme Court. Garland became chief judge of the circuit in 2013.

Garland is not a ‘yes man and madam’ guy, so he has made it clear that he is willing to take up the job only if there is no political interference in his working as the country’s top law enforcement officer.

It has become abundantly clear as Biden unfolds his leadership plans, that he is committed to the running of the nation, fair n square. In January, when Garland was approached for the role, Biden made it abundantly clear that “Your loyalty is not to me.” Unintentionally, but Biden did land up taking a dig at former President Donald Trump who demanded the loyalty of his Cabinet members.

Opposition tanked Garland’s nomination under Obama in 2016 while his votes showed he was a preferred choice. After graduating from Harvard College and Harvard Law School, Garland clerked for two appointees of Republican President Dwight D. Eisenhower: the liberal U.S. Supreme Court Justice William Brennan Jr. and Judge Henry J. Friendly, for whom Chief Justice John Roberts also clerked. Before becoming a judge himself, he was a prosecutor and supervised Justice Department investigations into the 1995 Oklahoma City bombing and Unabomber Ted Kaczynski.