Home » Japan contests re-entry of China Coast Guard vessels in its waters near the Senkakus
By    Geopolitical Monitor      February 23, 2021 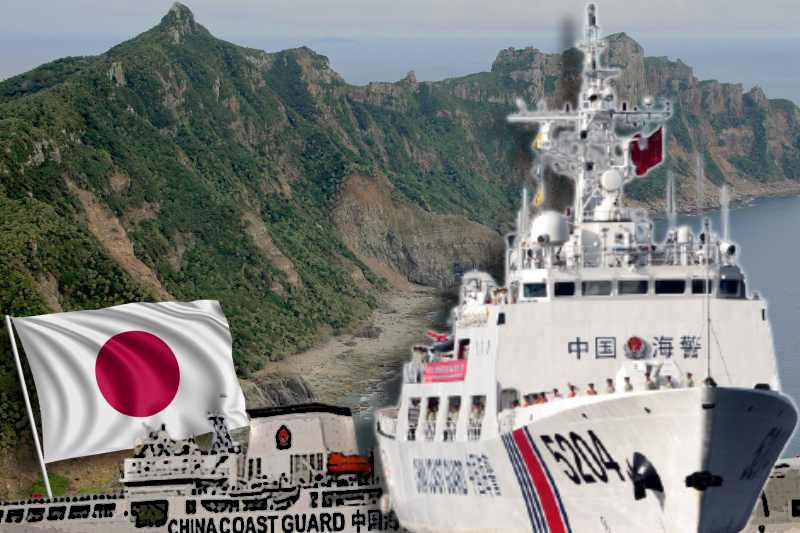 Japan reported on Sunday that two of the Chinese coast guard vessels which had entered the Japanese waters re-entered its territorial waters near the Senkaku islands. The repeated incursions by the Chinese vessels came in direct violation of the international maritime laws. As per the reports, the latest incursion occurred around 1:40 p.m on Sunday. It was the ninth time this year that the communist nation entered its neighboring nation’s territorial waters near uninhabited islets and claimed them as its.

Tokyo contested against repeated attempts of infiltration by Beijing. Things got tenser after China passed a law this month, which enabled its coastal forces to use arms against foreign ships, which entered the waters claimed by China. Of late, China used its newly acquired legal liberty to block a Japanese fishing boat in the moving in the area carrying three passengers.

Japanese coast guards reported that the situation was tackled after a Japanese patrol vessel deployed near the fishing boat came to their rescue and warned the Chinese ships to leave Japanese territory.

Besides Japan, US also raised serious concerns over China’s recently adopted coast guard law, which it said could aggravate tensions, amid the ongoing territorial and maritime disputes in the region. Washington fears that Beijing could use it to make unlawful claims over uninhabited islands in the region.

China has been making unlawful claims using its military and now legal might in both the South China Sea and the East China Sea, leading to various territorial disputes. Many countries including Vietnam, the Philippines, Malaysia, Brunei, and Taiwan objected to Beijing’s territorial claims.

“We are specifically concerned by language in the law that expressly ties the potential use of force, including armed force by the China Coast Guard, to the enforcement of China’s claims in ongoing territorial and maritime disputes in the East and South China Seas,” Price said.