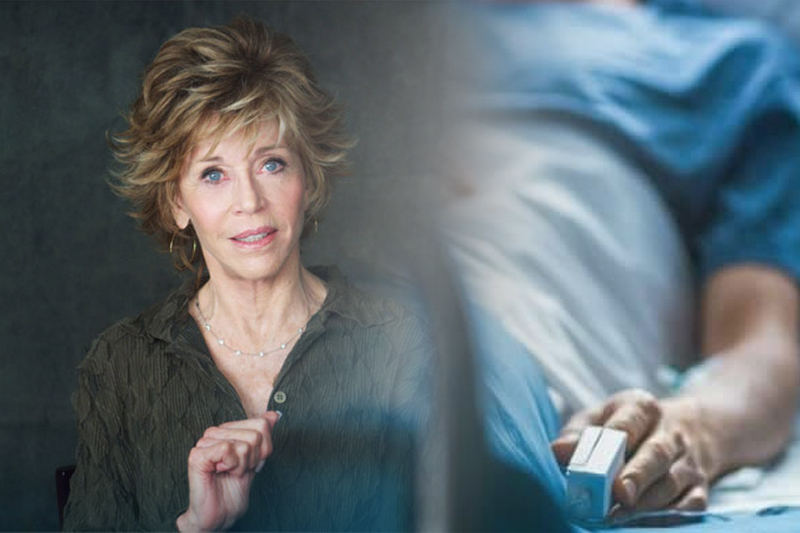 The two time Oscar winning actor Jane Fonda on Friday announced that she has been diagnosed with non-Hodgkin lymphoma and that she has started chemotherapy for the same. The 84 year old actor who is also known for political activism has expressed her confidence in overcoming this health crisis.

“This is a very treatable cancer. 80 per cent of people survive, so I feel very lucky,” she wrote in an Instagram post, who is currently winning hearts by portraying Grace in popular Netflix TV series “Grace & Frankie”.

“Cancer is a teacher and I’m paying attention to the lessons it holds for me,” Fonda added of her diagnosis. “One thing it’s shown me already is the importance of community. Of growing and deepening one’s community so that we are not alone. And the cancer, along with my age — almost 85 — definitely teaches the importance of adapting to new realities.”

Non-Hodgkin’s Lymphoma is a cancer that affects one’s body immune system. Fonda has shared that next six months she will be under chemotherapy for the lymphoma and that she is “handling the treatments quite wel.” She added “and, believe me, I will not let any of this interfere with my climate activism.” Fonda has been an active celebrity in raising awareness against the climate crisis, sharing her inspiration to be the young environmental activist, Greta Thunberg.

In 2019, Fonda had launched “Fire Drill Fridays,” a civil disobedience effort aimed to spread awareness regarding environmental challenges. “We’re living through the most consequential time in human history because what we do or don’t do right now will determine what kind of future there will be and I will not allow cancer to keep me from doing all I can, using every tool in my toolbox and that very much includes continuing to build this Fire Drill Fridays community and finding new ways to use our collective strength to make change,” she wrote. “The midterms are looming, and they are beyond consequential so you can count on me to be right there together with you as we grow our army of climate champions.”

Dr. William Dahut, chief scientific officer for the American Cancer Society, has agreed of Fonda’s great prognosis. “It is potentially a curable malignancy, depending significantly upon the sub-type of non-Hodgkin lymphoma and the degree of spread at the time of diagnosis,” the oncologist told NBC News.