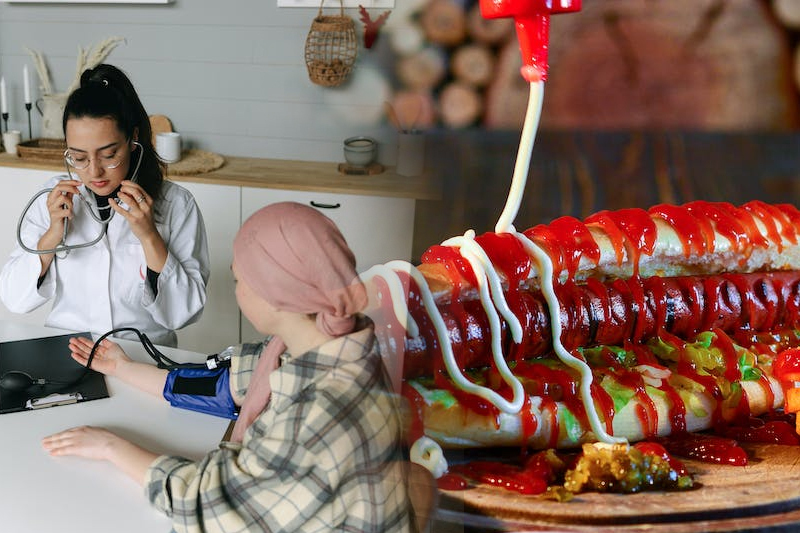 Evidence through studies have come forward that link processed food to serious health problems like cancer and even death. A pair of studies that have been published on Wednesday highlights the rising risk of frequently consumed items by a large part of global population such as hot dogs, soda and fries.

The first study published took into account more than 24,000 adults in Italy. The study found that the people who consumed large quantities of highly processed foods were at a higher risk of death overall, and mortality from particularly heart disease, as compared to people who ate less quantity of this category of food. The second study focused on more than 200,000 health care workers in United States over a period of 24 to 28 years. This study found that men who consumed high quantities of ultra processed foods, which is more than nine servings per day on average, had a 29 per cent higher risk of colorectal cancer as compared to men who consumed around three daily servings of such foods.

Fang Fang Zhang, the second study’s senior author and an associate professor at Tufts University, said that “group with the highest consumption of ultra-processed foods probably got around 80 per cent of their daily calories from those items. The U.S. average is around 57 per cent”.

The studies have not found any association between consumption of ultra processed food and risk of developing colorectal cancer in women, the reason of which is unknown. “One theory is that higher levels of estrogen could have a protective benefit,” Zhang said. “But the result could also be an anomaly, since most risk factors for colorectal cancer are similar for both sexes.”\

Research conducted before these twin studies have formed a link between ultra processed food consumption and increased risk of high cholesterol, diabetes, obesity, cognitive decline, breast cancer and cancer in general. Foods are considered “ultra processed” when they contain more artificial ingredients in comparison to those that are processed by simply adding salt, sugar or oil. Ultra processed foods in general have very few whole ingredients and have flavorings, colorings or other additives.