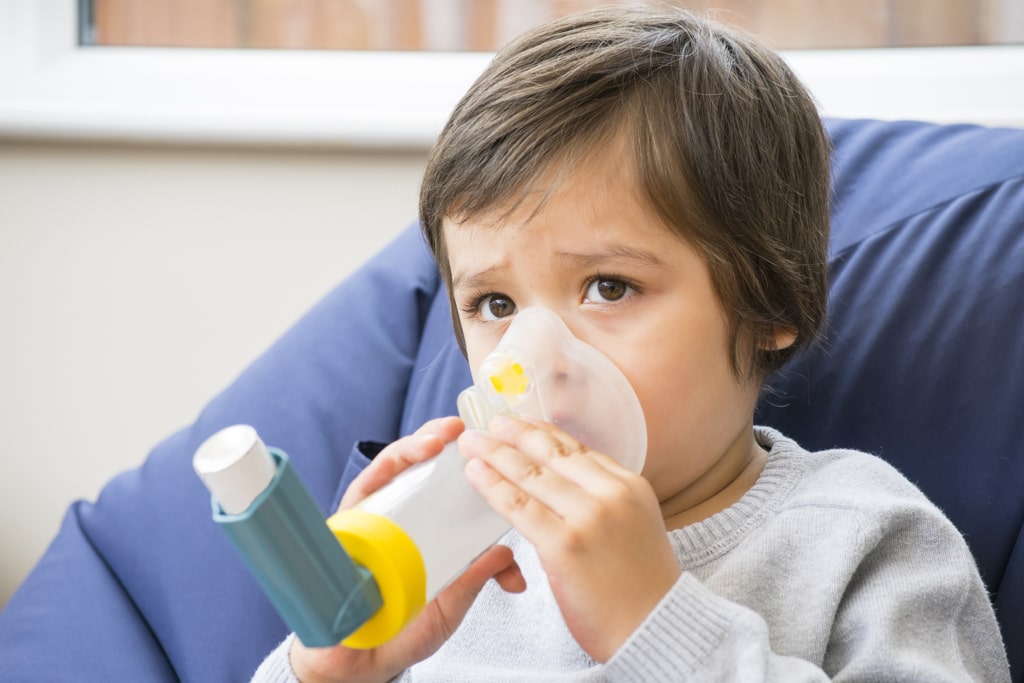 A research has found that in-utero exposure to tiny air pollution particulates are most likely to cause asthma in children after birth. The research studied UFPs (ultra-fine particles) and its impact – these particles that are not regulated by governments show significant link to development of asthma. The research has been published in American Journal of Respiratory and Critical Care Medicine .

The source of these UFPs, which are much toxic than larger particles, include vehicles and wood burners. A sugar cube sized volume of city air can have tens and thousands of these ultra-fine particles. The research has stipulated that these particles can pass through the expecting mother’s lungs into her bloodstream leading to harmful inflammation. They can then cross into foetus’s circulation through placenta. UFPs impact also includes brain cancer among other health implications. It is hoped that demonstration of these impacts on health can trigger better regulation and action by policymakers to go along the path of renewable energy source rather than use of fossil fuels.

Prof Rosalind Wright, at the Icahn School of Medicine at Mount Sinai, New York, who led the research said, “Our research is an important early step in building the evidence base that can lead to better monitoring of exposure to UFPs and ultimately to regulation. Childhood asthma remains a global epidemic that is likely to grow with the anticipated rise in particulate air pollution exposures due to effects of climate change.

Prof Wright specifically underlined that foetuses are specially vulnerable to the ‘oxidative’ stress brought about by the pollution particulates on the body tissues. He said, “Foetal development is exquisitely sensitive to anything that throws the oxidation balance out of whack.”

The latest research included 400 mothers and children after their birth, and was conducted in Boston, USA. UFPs that are smaller than 0.1 micrometer, had levels ranging between 10,000-40,000 per cubic centimeter of air. Research found that mothers who had been exposed to levels of 30,000/cm3 during pregnancy had their children four times more likely to develop asthma than those mothers who were exposed to levels of 15,000/cm3. Majority of asthma diagnoses were made in children at 3 years age or older, whereas 18% of infants developed asthma. The other factors taken into account in research were age of mothers during pregnancy and obesity, among others.

Similar study also took place in 2019 in Toronto. Prof Scott Weichenthal, at McGill University and part of the Toronto study team said that the new research findings are in sync with his research findings. “Governments need to pay more attention to UFPs [and] people should try to reduce their exposures as much as possible, though this can be easier said than done if you happen to live close to [sources of pollution],” said Weichenthal.