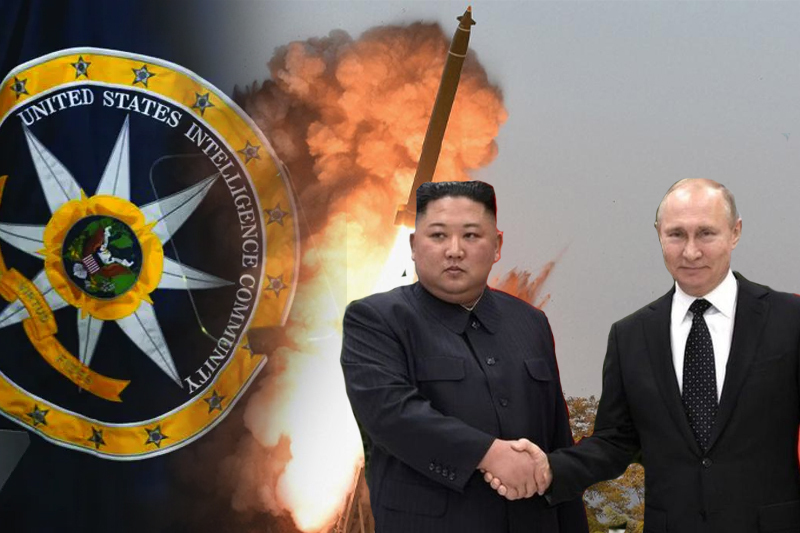 us says russia is buying rockets and artillery from n korea

US says Russia is buying rockets and artillery from N Korea

According to a latest finding by United States intelligence, Russian Ministry of Defense is all set to enter a defense sale deal with North Korea, purchasing bulk quantity of rockets and artillery shells from the Asian country as it faces rapidly depleting weaponries amid continuing Ukraine war.

The US official said on Monday, anonymously, that the fact “Russia is turning to the isolated state of North Korea demonstrates that the Russian military continues to suffer from severe supply shortages in Ukraine, due in part to export controls and sanctions.” The intelligence finding that was first published by The New York Times added that Russia can also look for additional purchase in future.

Recently it was confirmed by the Biden administration that Russian military had also purchased drones from Iran for use in Ukraine war in August, but had encountered some technical problems with them. Russia had purchased Mohajer-6 and Shahed-series unmanned aerial vehicles last month. According Biden administration, this purchase is most likely part of Russian plan to purchase additional hundreds of Iranian UAVs for the war in Ukraine.

Talking about North Korea’s interest in the deal with Russia, the much isolated country has newfound keenness to cozy up with Moscow after other leading nations have pulled away from it post aggressive military drills and additions to its defense infrastructure, specially nuclear weapons. North Korea has live tested more than 30 ballistic missiles this year alone, including its first intercontinental ballistic missiles since 2017. North Korea’s leader Kim Jong Un has also pushed for rapid advancement of country’s nuclear arsenal despite pressure and sanctions from US and the West. Pyongyang has blamed the Ukraine war on US interference and “hegemonic policy” of the West, justifying Moscow’s invasion of Kyiv. North Korea’s ambassador to Moscow had recently met with envoys from two Russia-backed separatist territories in Ukraine’s Donbas region, expressing “optimism about cooperation in the field of labor migration, citing his country’s easing pandemic border controls”. Furthermore, in attempt to come closer to Russia, North Korea in July became the only country, after Russia and Syria, to recognize the independence of Donetsk and Luhansk territories in Ukraine.