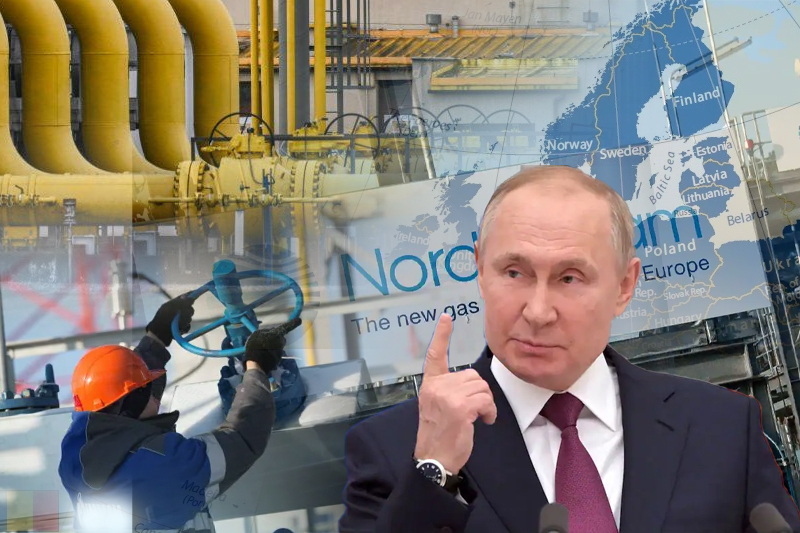 why has russia again halted gas supply through nord stream 1

Why has Russia again halted gas supply through Nord Stream 1?

The Russian state owned energy giant, Gazprom has halted the flow of natural gas on Wednesday through a major pipeline from Russia to Europe. The halted gas supply had already been announced in advance due to maintenance that will last three days, Gazprom said.

The energy company had announced the closure of Nord Stream 1 in mid August, citing routine maintenance work at a compressor station, an explanation that has been doubted by German officials. Gazprom says that “work is necessary on the only remaining functioning turbine at the Portovaya station, at the Russian end of the pipeline”. Gazprom has started to cut supplies to Europe through the major pipeline Nord Stream 1 in mid-June. The reason cited as technical problems have been blatantly rejected by German authorities as a political power play. In recent weeks, Nord Stream 1 has been operating at only 20 per cent of its capacity.

The Nord Stream 1 gas pipeline stretches for 1,200km (745 miles) under the Baltic Sea, starting from the Russian coast near St Petersburg to north-eastern Germany. Inaugurated in 2011, the pipeline can transport a maximum of 170 million cubic metres of gas per day from Russia to Germany. Russia has accounted for more than a third of gas supplies to Germany, has also reduced the supply to European countries who have opposed Moscow’s invasion of Kyiv.

Since the Ukraine war started, Germany has been increasing the amount of reserve natural gas to avoid rationing during winters when demand surges. Natural gas is a critical source of energy used in Germany’s industries, to heat homes and offices and also generate electricity. This week, Germany’s storage facilities are over 83 per cent, an achievement hailed by Chancellor Olaf Scholz as price of acting pro-actively.

But halting gas supplies is having impact on Germany’s industries with many stopping the operations. “It’s not good news, because it can mean that the industries in question aren’t just being restructured but are experiencing a rupture – a structural rupture, one that is happening under enormous pressure,” said German Economy Minister Robert Habeck.