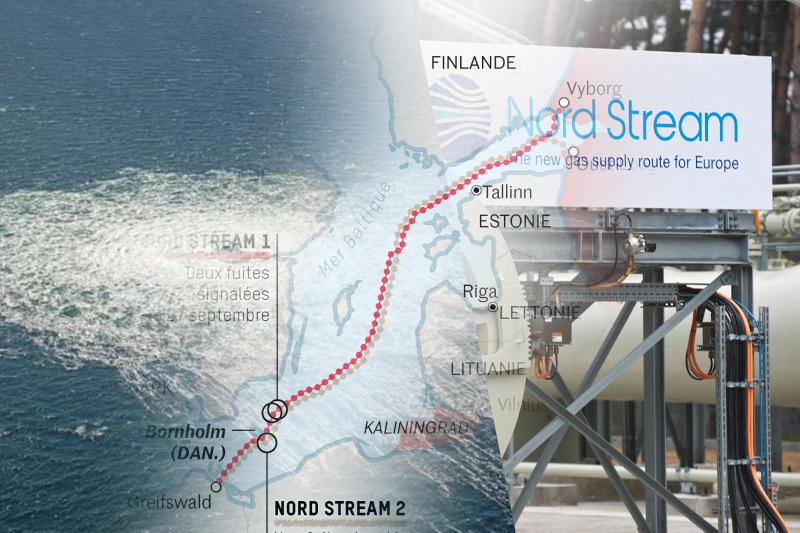 Was Russia behind explosions around Nord Stream pipeline that caused gas leaks into Baltic?

After seismologists reported of underwater explosions near the Nord Stream pipelines, European leaders have accused Russia of sabotaging the resulting gas leaks in the Baltic Sea from the two gas pipelines running between Russia and Europe. “It is very clear from the seismic record that these are blasts,” Björn Lund‬, director of the Swedish National Seismic Network at Uppsala University said. “These are not earthquakes; they are not landslides underwater.”

“A seismograph on the Danish island of Bornholm, near where the leaks occurred, twice recorded spikes on Monday, the day on which the Nord Stream 1 and 2 gas pipelines underwent dramatic falls in pressure,” the German geological research centre GFZ said. Officials from Germany and Denmark have said that both the Nord Stream 1 and Nord Stream 2 pipelines showed sudden drop in pressure on late Monday, which could only be caused due to a leak from large holes in the pipelines. It is to be noted that both the pipelines are currently non-operational after Russia had cut gas supply from them. However, they were both still filled with natural gas when the pressure drop occurred. Russia state owned energy giant Gazprom owns a controlling interest in both Nord Stream I and II pipelines.

European commission president Ursula Von der Leyen said that “the leaks were due to sabotage”, further threatening the “strongest possible response to any deliberate disruption of European energy infrastructure”. Danish prime minister Mette Frederiksen described them as “deliberate acts”, adding, “We are not talking about an accident.”

US State Department Ned Price said, “The United States remains united with our allies and partners in our commitment to promoting European energy security.”

“Today we faced an act of sabotage, we don’t know all the details of what happened, but we see clearly that it’s an act of sabotage, related to the next step of escalation of the situation in Ukraine,” said Polish Prime Minister Morawiecki along with Denmark Prime Minister Frederiksen. Images and videos that have been released by the Danish military show a huge area of gas bubbling on the surface of the Baltic Sea. “The largest disturbance has a diameter of more than one kilometre”, the military said, while smallest area covers around 200 metres.

The subsea pipelines linking the North Sea gas fields, and then Norway with the rest of the continent and the UK are among the most strategic assets right now for Europe. High time for maximum protection. Cyberattacks against energy assets are, too, a key risk for Europe.

Stressing on the event and importance of Nord Stream gas pipelines to Europe, Javier Blas, an energy and commodities commentator for Bloomberg, tweeted, “The subsea pipelines linking the North Sea gas fields, and then Norway with the rest of the continent and the UK are among the most strategic assets right now for Europe. High time for maximum protection. Cyber-attacks against energy assets are, too, a key risk for Europe,”