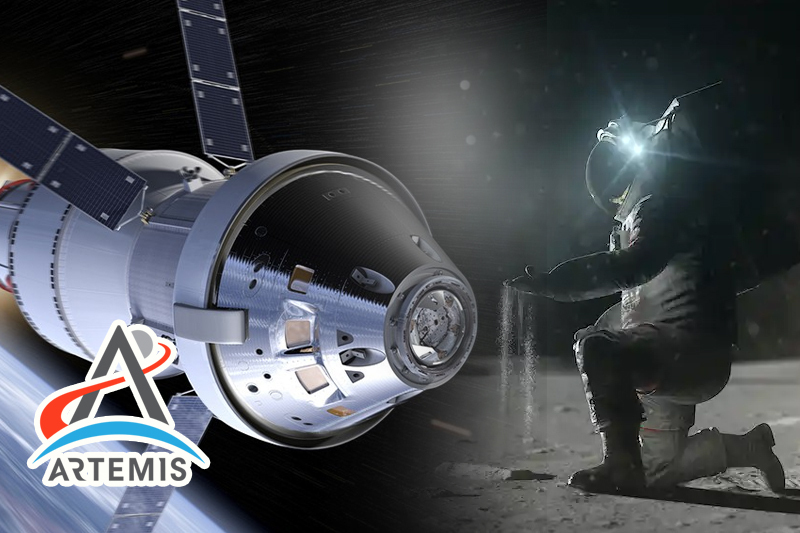 A problem with one of the rocket’s engines forced NASA to abort the launch of the long-awaited Artemis 1 test-flight around the moon on Monday (August 29), which will push back the introduction of the space agency’s next-generation rocketship by at least four days.

NASA did not provide a new launch date but stated that September 2 would be the day of its first available backup launch chance. The subsequent opportunity to launch is on September 5th.

The unmanned trip will last for 42 days and will test both the space readiness and safety of the Orion spacecraft. It will also test the capabilities of the new heavy lift Space Launch System rocket. With the help of Orion, mankind will be able to travel further into space than ever before.

In addition, Orion will launch ten CubeSats, which are miniature satellites used for scientific research as well as for commercial purposes.

These will be used to examine various regions of the moon, look into ways to improve the spacecraft’s sustainability, and even send one spacecraft to an asteroid that is relatively close to Earth. In an effort to broaden the scope of space exploration, businesses, both large and little, as well as scientific research organizations, have constructed all of these CubeSats.

Artemis, also known as the Greek goddess of the hunt, is the identical twin sister of Apollo and a moon deity. It is a program that will, by the year 2030, send the first woman and the first person of color to the moon. The name of the program is appropriate.

In the same manner that the Apollo program did in the 1960s, the Artemis program will build capability in stages. Each trip will build on the knowledge obtained from the preceding one in order to test equipment and instruments under controlled conditions, and this process will continue until everything is finally ready for a crewed landing on the moon.

Because of the Artemis initiative, the entire human community on Earth has the potential to take part in expanding the boundaries of human knowledge and innovation.

The last time that humans visited the moon was almost 50 years ago, during the Apollo 17 mission, when astronauts roamed and explored a region of the moon known as the Taurus-Littrow Valley for a total of 12 days.

Since then, the majority of human exploration of space has been conducted from aboard the International Space Station, which is approximately 400 kilometers above the surface of the Earth. When compared, the distance to the moon, which is around 385,000 kilometers, is approximately 950 times further. This presents a significantly greater challenge.

We have already gained a significant amount of knowledge as a global community as a result of the use of robotic expeditions to the moon and other planets in our solar system. Because the moon has been photographed at a resolution of approximately 5 meters per pixel, we are able to see and select safer landing places in extensively cratered regions such as the south polar regions of the moon.

The Chandrayaan-1 mission from India found water ice, while the Chang’e 5 mission from China very recently returned samples back to Earth that came from the youngest known portion of the moon. Both of these discoveries were made in the past few years. This information will be included into our subsequent actions.

The “space race” of the 20th century, which led to humans landing on the moon in the 1960s and 1970s, was fueled by competition between the two global superpowers, the United States of America and the Soviet Union. Meanwhile, the rest of the planet experienced the excitement of traveling to a world other than Earth.

Officials from China and Russia recently made public their intention to collaborate on the construction of an international lunar research station. This project will involve the development of a new crew launch vehicle as well as the heavy lift rocket Long March 9, but at the moment, information regarding this program is relatively limited.

Although NASA will serve as the driving force behind the Artemis program this time around, it will be a multinational collaboration. It will learn from the achievements of the International Space Station, which was assembled by the combined efforts of five nations and is currently occupied by astronauts from twenty different nations.

Several nations in Europe are contributing their expertise to the Space Launch System and the Orion spacecraft for the initial Artemis mission. In the future, there will be an increase in the number of people who contribute to the creation of a base and the operation of rovers on the moon. The importance of international cooperation cannot be overstated in this endeavor.

Exploration of space results in important new scientific findings, substantial economic rewards, and the motivation for humans to strive for greater heights and more expansive horizons. It is not just a financial outlay with no return; rather, it earns back in spades, sometimes in ways that we are unable to anticipate.

There is a common misconception that NASA and space exploration were responsible for the discovery of cordless tools and Velcro; in actuality, both of these innovations occurred before the Apollo mission (NASA did, however, make good use of them). Even though items were not created as a result of space travel, lots of other things have been, such as memory foam, suits for racing car drivers, and instruments that can detect cancer.

A landing on the moon also provided a distinct perspective of Earth, allowing astronauts to see our planet as a large blue marble floating in space. We are a community that works together.

We, the inhabitants of this planet, need to make another trip to the moon for a variety of reasons, the most significant of which is the opportunity to stretch ourselves in order to make new discoveries and advance our civilization.