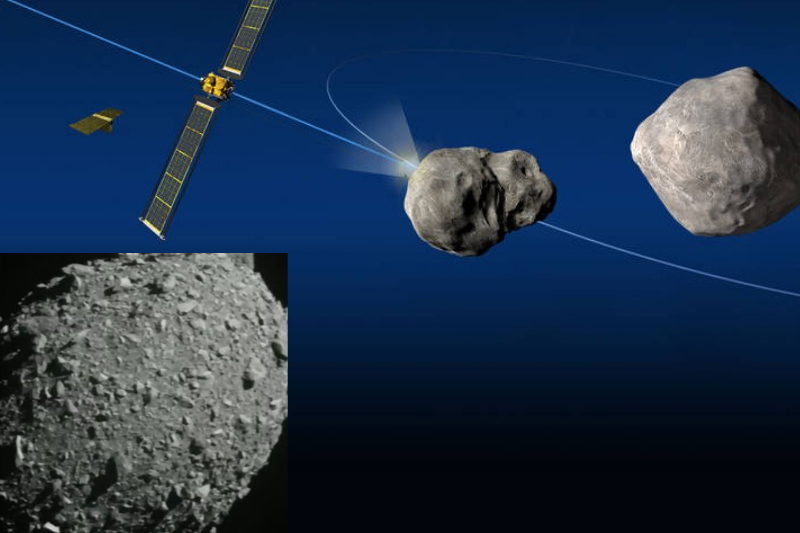 A NASA spacecraft has intentionally and successfully slammed into an asteroid in a first of its kind test by human towards planetary defense. The impact took place at 7:14 p.m. ET and was greeted by cheers from the mission team in Laurel, Maryland of US. The DART mission, or the Double Asteroid Redirection Test was launched 10 months ago.

The galactic slam at a harmless asteroid occurred 7 million miles (11.3 million kilometers) away when the DART spacecraft rammed into the space rock at speed of 14,000 mph (22,500 kph). It was anticipated by the scientists that the impact would carve out a crater and alter the asteroid’s orbit.

“We have impact!” Mission Control’s Elena Adams announced with extreme excitement. “We knew we were going to hit. All of us were holding our breath. I’m kind of surprised none of us passed out.” She said the aircraft had landed 17 meters from its target which was close enough to garner a complete success. “It was basically a bullseye. I think, as far as we can tell, the first planetary defense test was a success, and we can clap to that.”

The mission thereby marks the first step by humans towards enhancing their capability of defending the planet from a future existential threat. The $325 million DART mission was the first ever attempt to shift the position and trajectory of an asteroid or any other natural object in space.

IMPACT SUCCESS! Watch from #DARTMIssion’s DRACO Camera, as the vending machine-sized spacecraft successfully collides with asteroid Dimorphos, which is the size of a football stadium and poses no threat to Earth. pic.twitter.com/7bXipPkjWD

Lori Glaze, NASA’s planetary science division director, declared soon after the impact that it a “new era of humankind”. “[It’s] an era in which we potentially have the capability to protect ourselves from something like a dangerous hazardous asteroid impact,” said Glaze. “What an amazing thing. We’ve never had that capability before.”

Samson Reony, the Johns Hopkins applied physics laboratory mission commentator said, “This is when science, engineering and a great purpose, planetary defense, come together, and, you know, it makes a magical moment like this.”