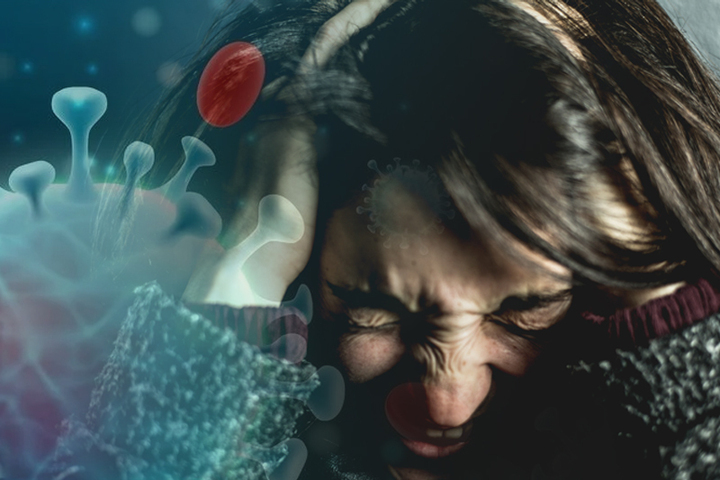 The majority of the time, living after COVID-19 is like “I’ve taken cough medicine that promotes drowsiness but I can’t sleep it off,” she said of the sluggishness she was experiencing as a result of the virus. “I am unable to think quickly. Even the simplest of choices, like what to have for supper, might take a while for me to settle on.”

You may have heard of acquaintances, coworkers, or family members complaining of similar mental fuzziness after recovering from COVID-19, or perhaps you are experiencing it yourself, and you may be wondering: What is going on?

“Brain fog” is a word used by laypeople to indicate sluggish or slow thinking that interferes with one’s memory, attention, or mental clarity. Because it is a symptom that is self-reported, the definition of it might vary from person to person and from clinician to clinician, according to Associate Professor Kevin Tan, a senior consultant with the Department of Neurology at the National Neuroscience Institute.

Associate Professor Tan proceeded by saying that the phenomena is not unique to just COVID-19. He noted that the so-called “brain fog” could be caused by “many different reasons,” including pregnancy, menopause, recovery from other infections, and mild head traumas. In addition to this, it is well known that some medications, such as several types of chemotherapy, can cause this side effect.

However, the most important question is still unanswered: why does the SARS-CoV-2 virus, which is responsible for COVID-19, damage cognitive capacities such as memory and focus, as well as activities such as planning and multitasking? Associate Professor Tan stated that “at the present time, this is not well understood.”

According to a statement made by neuropsychologist Professor Kamini Krishnan on the website of the Cleveland Clinic, brain fog may be the outcome of a cytokine storm. In order to combat an infection such as COVID-19, the human body releases a barrage of inflammatory proteins into the circulation. These proteins are referred to as cytokines. On the other hand, it can cause an overactive immune system response, which can result in an increase in inflammation in organs such as the brain. This is a potential drawback.

After recuperating from COVID-19, it’s common for people to experience problems with their memories as well as their ability to focus their attention. According to Associate Professor Tan, “Estimates for the rate of such cognitive dysfunction after COVID-19 infection range from 22 percent to 32 percent of patients.” He also mentioned that there does not appear to be any likely characteristics such as age or gender that can contribute to the brain fog.

According to the findings of a study that involved more than 3,000 participants from 56 different countries, the first week of COVID-19 symptoms was associated with the beginning of brain fog in approximately 31 percent of the respondents. It got progressively worse over the course of the first three months, reaching its worst point in roughly 67% of the participants, before getting better over the course of the subsequent months. At the end of the seventh month, around 55% of them had signs of cognitive impairment.

Brain fog is one of the symptoms of long-term COVID, which refers to symptoms that last for months at a time. In addition, according to Prof. Krishnan, “those who have been in the ICU or required more severe forms of therapy tend to experience more brain fog.”

However, this does not absolve you of responsibility even if your symptoms were not severe: A German study that recruited 136 volunteers with an average age of 30 to play a brain game found that memory lapses and trouble in attention may still occur. The participants were given a brain game to play.

While the remaining individuals had not been infected with COVID-19, close to forty percent of them had recovered from COVID-19 but did not require hospitalization. It was discovered that the COVID-19 group did not perform as well as the other group did in areas that needed attention to be paid to them. Memory tasks were another area in which they did “much worse.”

According to Associate Professor Tan, “Symptoms frequently improve over time. However, this can take anywhere from a few weeks to a few months because, similar to any virus, the time it takes for an individual to heal can vary substantially.”

According to Harvard Health, aerobic exercises like running and cycling may play a role in boosting cognitive abilities. This is especially true of aerobic exercises like the former. Because of the enhanced capacity to deliver oxygen to the brain, there is a possibility that “the number of blood vessels and synapses, increasing brain volume,” could be raised.

And if being social, participating in games, engaging in crafting activities, and reading were discovered to help seniors stave off mild cognitive impairment in a study, then getting together with some friends for a night of board games might also be the mental stimulant you need to lift the brain fog.

According to Associate Professor Tan, there isn’t a magic formula that specifically targets the mental fuzziness caused by COVID-19. However, getting adequate sleep, eating a healthy, balanced diet, and avoiding smoking and stress are all good things to do, and they won’t hurt your chances of getting better.
According to Associate Professor Tan, “Consider seeing your family doctor if your memory or cognitive challenges severely influence your everyday activities and function, such as your capacity to work.” In other words, if your memory or cognitive issues are affecting your ability to work. “Medical assistance should focus on establishing a cause as an individual who is experiencing brain fog following COVID-19 may already have other reasons for cognitive impairment to begin with.”