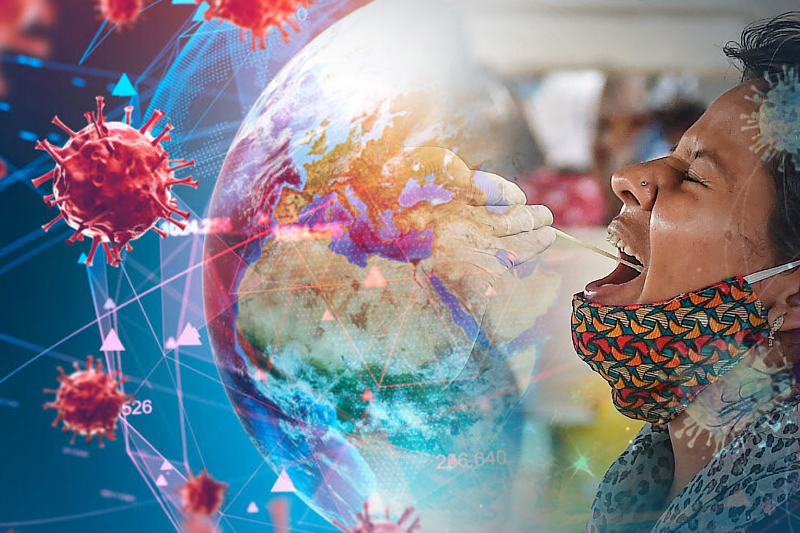 New cases of coronavirus being reported globally are declining, nearly by a quarter in the last week, with deaths declining by 6 per cent. However, the death rate remains high in certain parts of Asia, according to a WHO report published on Thursday.

The World Health Organization has said that there were 5.4 million new cases of Covid-19 reported last week, marking a decline of 24 per cent from the last week. The United Nations health agency further noted that coronavirus infections have dropped everywhere in the world – with Europe and Africa having a decline by around 40 per cent and Middle East recording a drop by one third. But Covid-19 deaths have risen in the Western Pacific and Southeast Asia by 31 per cent and 12 per cent respectively. Everywhere else the number either remained the same or declined.

WHO Director General Tedros Adhanom Ghebreyesus said during a press briefing on Wednesday that coronavirus deaths over the past month have rasied by 35 per cent. “15,000 deaths a week is completely unacceptable, when we have all the tools to prevent infections and save lives,” Tedros said. He added that viral sequencing reports are not being reported adequately, underlining a drop by 90 per cent, making it difficult for scientists to track viral mutations. “But none of us is helpless,” Tedros said. “Please get vaccinated if you are not, and if you need a booster, get one.”

WHO’s vaccine advisory group has recommended for the first time on Thursday, that “people most vulnerable to COVID-19, including older people, those with underlying health conditions and health workers, get a second booster shot”. The expert group also noted that it had “evaluated data from the Pfizer-BioNTech and Moderna vaccines for younger people and said children and teenagers were in the lowest priority group for vaccination, since they are far less likely to get severe disease.”