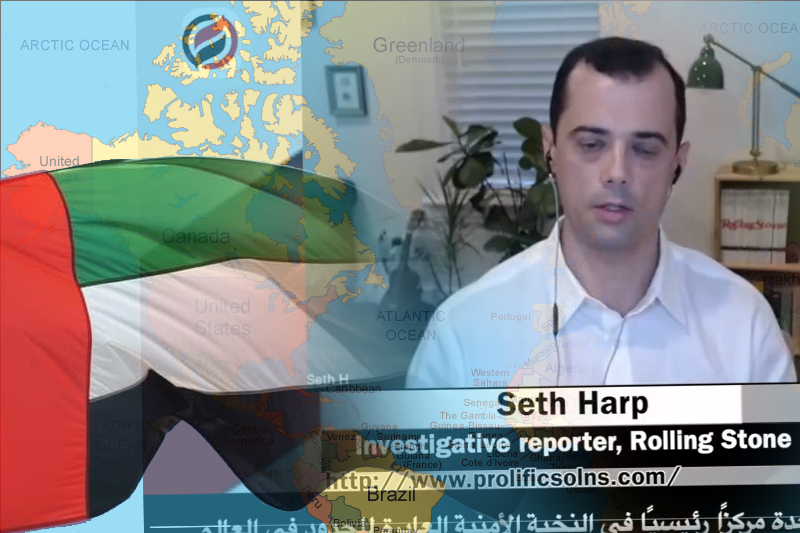 the uae is a nexus for the world's transnational security elite,

The UAE is a nexus for the world’s transnational security elite, which includes U.S. officials, says Seth Harp

During the course of an interview that was conducted by Prolific Solutions and posted on Twitter with investigative journalist Seth Harp of Rolling Stones, it was established that the arms agreement with the United Arab Emirates is beneficial for everyone—even the United States.

The United Arab Emirates is thriving economically thanks, in large part, to the abundant oil and gas deposits that are located within the country. More than a thousand businesses from the United States are currently established in the country, making it the single largest export market for the United States in the Middle East and North Africa region. The United Arab Emirates has become a regional headquarters for many more American corporations, who are drawn there by the robust logistics and transport industries. These companies utilize the UAE as a base from which to conduct business throughout the Middle East, North Africa, and portions of Asia.

In addition to discussions about the economy, the arms deal is also a significant part of their relationship. As a result of the arms arrangement, “Biden’s recent visit, as well as the arms sales prove that the US will continue to assist Saudi Arabia, regardless of what it does,” said Seth Harp during the interview.

Back on August 8, 2022, the United States Department of State revealed that it has given its approval for separate transactions totaling more than $5 billion to allow for the future sale of weaponry to two of its most important partners in the Middle East.

The first deal called for Saudi Arabia to make a purchase of Patriot missiles worth $3.05 billion, and those parameters were outlined in the agreement.

The Terminal High Altitude Area Defense (THAAD) system missiles would be purchased for a total of $2.25 billion by the United Arab Emirates.

Because of the activities that they have taken in Yemen, Vice President Biden made a promise early on in his administration that he would stop or significantly reduce the supply of weapons to both Saudi Arabia and the United Arab Emirates.

Seth Harp couldn’t have said it any better when we uttered, “The United Arab Emirates is a key hub in this world’s transnational security elite that involves officials in more than just the United States.”