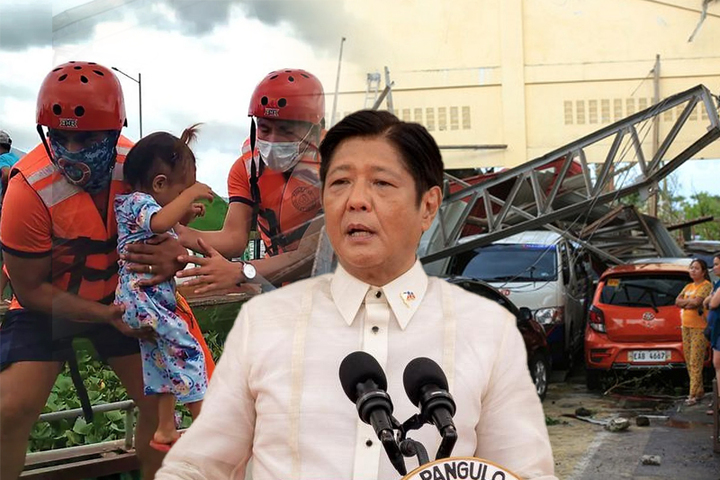 Typhoon Noru made landfall in the capital and northern provinces of the Philippines on Sunday, September 25, leaving at least five people dead and several regions flooded. The authorities in the Philippines moved quickly on Monday (September 26) to give help to thousands of evacuees.

The major island of Luzon was slammed with sustained winds of 185 kilometers per hour over the weekend. As a result, the authorities decided to close all schools, government offices, and the stock exchange until Monday.

The areas that were hit the most by the disaster were given materials and equipment to clean up after it by order of President Ferdinand Marcos.

At a news conference on Monday with authorities from disaster management, Marcos said, in reference to the 74,000 people who were forced into evacuation centers because of the hurricane, “The point at which we may stand down is when the bulk of evacuees are already back home.”

Governor Daniel Fernando of the province of Bulacan told a local radio station that there were five rescue personnel who were murdered in the province, where locals were observed wading through waters up to their waists and some were stranded on rooftops.

In addition, President Marcos has given the order for officials to deliver an emergency power supply to the provinces of Aurora and Nueva Ecija, which are located to the north of the capital and have been left without energy. The President will make an airborne assessment later on Monday.

On Sunday night, Noru made ashore as a category 3 typhoon, but as it moved across the land, it began to lose strength. According to the state weather bureau, the storm was moving out over the South China Sea and toward Vietnam when it was spotted.

An annual average of twenty tropical storms are recorded in the Philippines, which is an archipelago consisting of more than 7,600 individual islands. Typhoon Haiyan was one of the most powerful tropical cyclones ever recorded, and it was responsible for the deaths of 6,300 people in 2013.