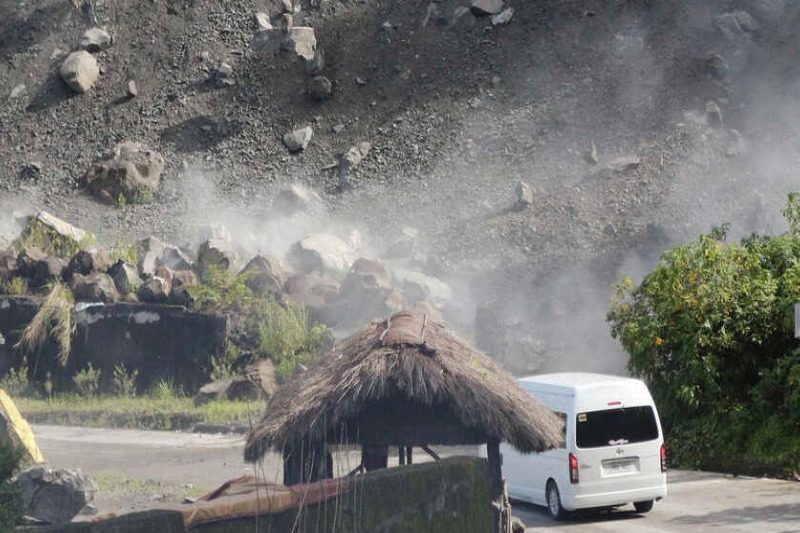 On Wednesday, the Philippines’ interior ministry reported that a powerful earthquake in the country’s northern region had resulted in the deaths of five individuals and injuries to more than a hundred others (Jul 27).

According to the authorities, two construction workers in the neighbouring province of Benguet, which is landlocked, passed away in separate events.

According to the authorities, an additional individual lost their life when boulders crashed into the construction site where they were working in the region of Kalinga. There were six more workers hurt in the accident.

The local police in the municipality of Suyo in the province of Ilocos Sur reported that an old woman was strolling when she was buried by a landslide, which caused her to suffer fatal injuries.

An earthquake with a magnitude of 7.1 rocked the island of Luzon, causing damage to structures in the northern Abra province and sending powerful tremors into the city of Manila.

According to data provided by the United States Geological Survey, the earthquake occurred approximately 11 kilometers to the south-east of Dolores town at a shallow depth of 10 kilometers. Abra Vice Governor Joy Bernos stated that one of the victims was a 25-year-old man who was killed by falling debris.

The President of the Philippines, Ferdinand Marcos Jr., issued the following statement on Facebook: “Despite the sad reports regarding the damages inflicted by the earthquake, we are ensuring (a) speedy reaction to those in need and affected by this tragedy.”

The epicenter of the earthquake was located not far from the political stronghold of the Marcos family.

A hospital in the province of Abra had to be evacuated after a portion of the structure fell, but according to the officials, there were no reported injuries from the incident.

Bernos shared photographs of the damaged Abra hospital on her Facebook account. The photographs revealed that the hospital’s front had a big hole in it.

Other photographs depicted hospital beds, including one that had a patient, being wheeled across a road, as well as hospital staff members being evacuated.

Renato Solidum, the director of the seismology agency for the state, said to DZRH that significant aftershocks were to be anticipated.

Nearly 250,000 people make their home in the province of Abra, which is located in the northern Philippines and is landlocked. The steep mountains on all sides encircle the region’s rolling hills and deep valleys.

The Philippines is situated on the seismically active Pacific Ring of Fire, which is a belt of volcanoes and fault lines that arcs around the border of the Pacific Ocean. Natural disasters are common in the Philippines because of its location on the Pacific Ring of Fire. There are an average of 20 typhoons each year, and many of them cause devastating landslides. Earthquakes also happen rather frequently.

According to Eric Singson, a congressman from the province of Ilocos Sur, which is also located in the north, who spoke with the radio station DZMM, the earthquake was felt powerfully there and lasted for at least 30 seconds.

The earthquake caused damage to heritage buildings in the city of Vigan, which is located on the western coast of the island of Luzon and is famous for its old Spanish colonial architecture.

Edison Adducul, a tourist who was in Vigan at the time of the earthquake, said that he was shooting pictures of the Bantay Church Bell Tower when the tremor happened, and that the tower was shaken for up to three minutes.

According to Senator Imee Marcos, a number of places of worship sustained damage.

The earthquake was also felt in Manila, where a number of buildings had to be evacuated (including one building with residents on the 30th story), and the city’s metro rail systems were halted during rush hour.