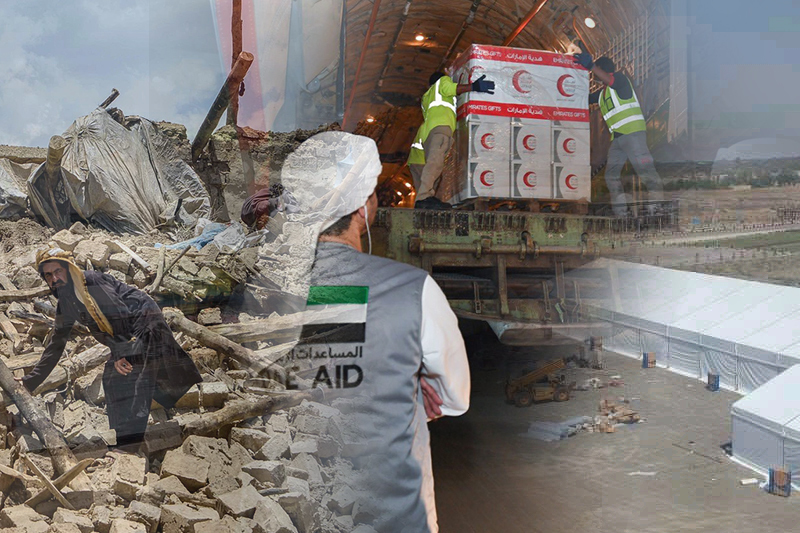 The United Arab Emirates, in terms of the significant support it has provided in the disaster of the recent earthquake in southeast Afghanistan.

More than a thousand Afghanistan citizens have died, and countless more have been hurt and require immediate aid.

Numerous people, especially the elderly, women, and children, were left without food and medical supplies after the earthquake, which caused thousands of deaths and injuries.

It was the UAE President Sheikh Mohammed bin Zayed Al Nahyan who first established an air bridge to deliver necessities like food and medicine to Afghanistan.

A medical team and field hospital have been sent, and an air bridge delivering food and medical supplies has started to operate to Afghanistan on the orders of Sheikh Mohamed bin Zayed Al Nahyan.

The UAE-founded Fatima Bint Mohamed Bin Zayed Initiative (FBMI) has provided assistance and essential medical help to thousands of people affected by the crisis in the wake of the deadliest earthquake to strike Afghanistan in 20 years.

The UAE government has dispatched a medical team as well as a field hospital to the earthquake-affected areas of Afghanistan.

Under the command of the President of the UAE, a well-equipped medical team, a field hospital, food, and first aid supplies have been deployed in the earthquake-affected regions of Afghanistan.

To help the most earthquake-affected areas in eastern Afghanistan, FBMI has sent out its mobile healthcare teams to the area.

The assistance shipment is a segment of the UAE’s efforts to address the present situation in Afghanistan and its successful contributions to lessen the effects of the deadly earthquake that recently rocked southeast Afghanistan.

The operation of an air bridge carrying food and medical supplies to relieve the victims of the Earthquake in Afghanistan by the UAE President Sheikh Mohammed bin Zayed Al Nahyan is really noteworthy & commendable.

We hope that the citizens & the government of Afghanistan will overcome this crisis soon.