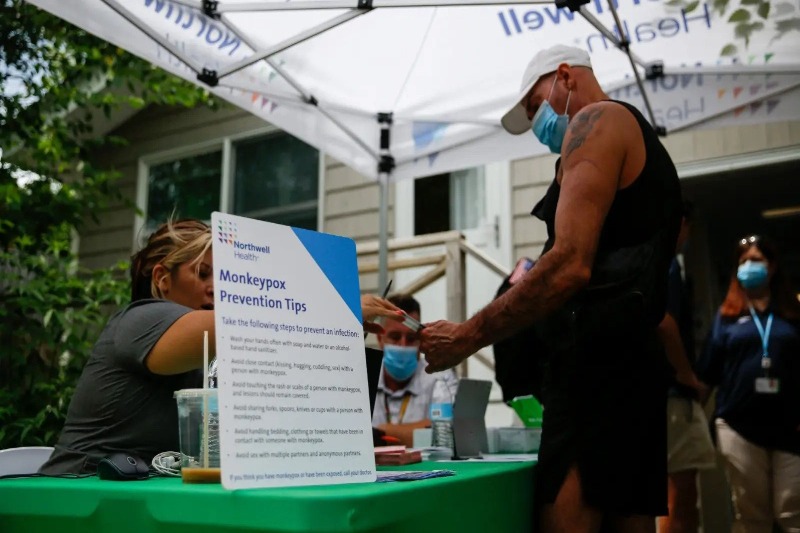 During the recent outbreak of monkeypox, advocacy groups for communities that may be at risk have issued a warning against stigmatizing the residents of those communities.

According to Mr. Leow Yangfa, executive director of Oogachaga, an organization that deals with persons who identify as lesbian, gay, bisexual, transgender, questioning, queer, or gender-diverse (LGBTQ+), any message regarding public health should be directed toward everyone who is sexually active.

According to what he shared with CNA, “(this is) regardless of their sexual identity, gender identity, and relationship status.”

Pink Dot SG cited statements made by Tedros Adhanom Ghebreyesus, the Director-General of the World Health Organization, who suggested that stigma and scapegoating could make it more difficult to track the outbreak.

“It is essential to keep in mind that anyone might become infected with the disease. People are discouraged from coming out to get tested as a direct result of stigma, which puts all of us, regardless of our sexual orientation, in danger,” explained a Pink Dot SG spokesman.

On Tuesday (July 26), Singapore reported its 10th case of monkeypox; the patient was a Taiwanese man of 28 years old who lives in Singapore and who had just recently returned from Canada.

The Ministry of Health (MOH) had announced the day before that, in accordance with recommendations made by the WHO, efforts have been made to reach out to members of the “at-risk” population through the collaboration of healthcare providers and community organizations. This is done in order to increase awareness about the transmission of the monkeypox virus as well as the preventative actions that can be taken to limit the danger of onward transmission.

The World Health Organization (WHO) has stated in the past that the outbreak was “concentrated among men who have intercourse with other men, particularly those who have several sexual partners.”

Sex workers are an additional population category that is considered to be at danger, according to the UN health organization.

A public service announcement was published on the social media platforms of Project X one week ago. This organization is an advocate for sex workers in Singapore.

In it, the organization discusses how monkeypox is spread, including how it can be spread sexually as well as through non-sexual behaviors such as skin-to-skin contact from rubbing against others at concerts and other public areas.

Project X encouraged its audience to examine customers for their travel history to impacted nations, check for unexpected and inexplicable rashes on themselves and their sex partners, and clean surfaces on a regular basis.

Both Oogachaga and Pink Dot stated that they have been actively engaging members of their respective communities by replicating and disseminating material over their own social media platforms.

According to Mr. Leow, the messages regarding public health that are disseminated by the Ministry of Health (MOH), the National Center for Infectious Diseases, and Action for AIDS are very helpful.

According to a spokesman for Pink Dot, the organization has been aggressively spreading social media alerts provided by Project X and Action for AIDS and will continue to do so in the future.

This year, there have been over 16,000 confirmed cases of monkeypox across more than 75 countries, and there have been five deaths reported in Africa as a result of the disease.