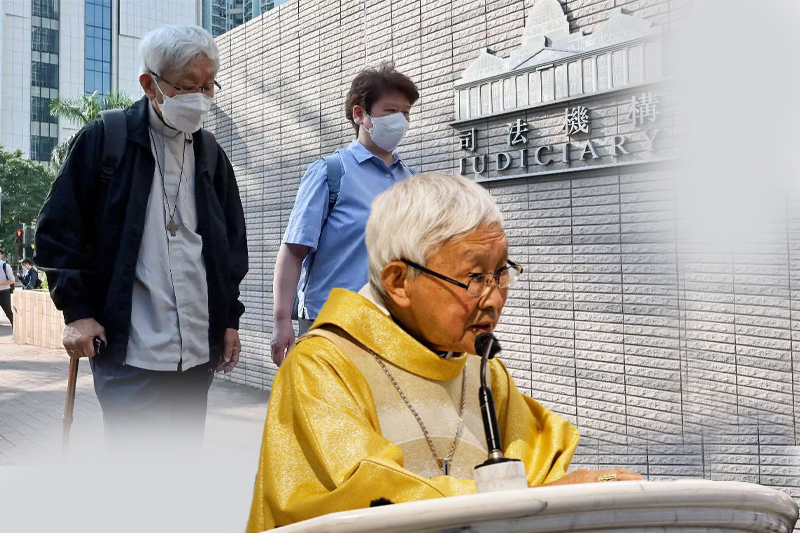 A 90 year old Hong Kong cardinal has been put on trial along with four fellow democracy supporters on Monday for their active role in operating a fund to help defend and support people who had been arrested in anti government protests in 2019. Cardinal Joseph Zen is one of the highest ranking Catholic clerics in Asia and a known critic of China’s ruling Communist Party. He was detained earlier this year under the China imposed National Security Law to suppress dissent.

Zen’s 612 Humanitarian Relief Fund has been charged for not registering properly under the Societies Ordinance, a colonial era law from 1911.

Cardinal Zen’s arrest for “colluding with foreign forces” undet the Beijing’s National Security Law has sent shock waves across Catholic community of Hong Kong. This has also raised concerns and criticism around the warming closeness between Vatican and Beijing.

Though police have not yet charged Cardinal of an offence under national security, he along with other defendants are being charged for the “less serious offence of failing to properly register their defence fund as a society”. The defendants along with Cardinal Zen include activist and singer Denise Ho and veteran human rights barrister Margaret Ng. If convicted for the charges, they can face a fine of up to HK$10,000 ($1,274) but will have no jail time. All the defendants have pleaded not guilty.

The Vatican has remained silent on arrest of Cardinal Zen and has said that it was concerned and “following the development of the situation very closely”. Cardinal Zen’s prosecution strikes at a very critical time when Vatican is seeking to “renew its controversial agreement with Beijing later this year over the appointment of bishops in China”. Zen has been openly critical of this agreement, calling the deal a “sellout of China’s underground Catholics”.

German Cardinal Gerhard Mueller is one of the most senior Catholic cleric who has criticized response by Vatican on Zen’s arrest. “I would not want the silence of the consistory over Bishop Zen to reveal the fact that this cardinal will be sacrificed on the altar of reason, to defend and implement the diplomatic agreement with Beijing,” he said. “I foresee this risk and I feel pain.”