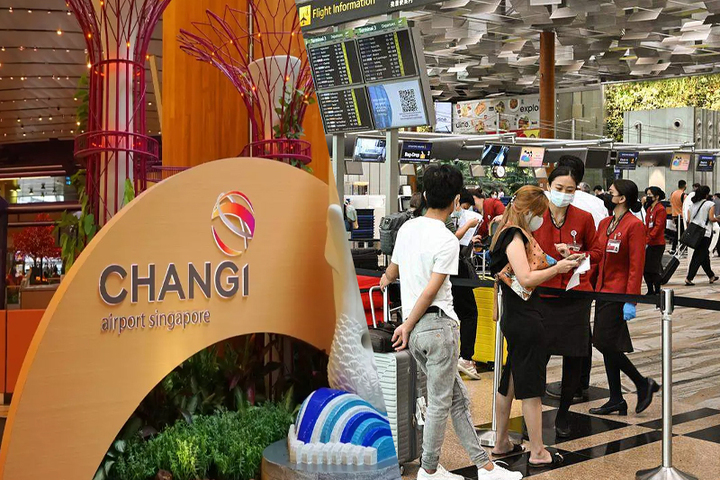 According to an executive, Singapore’s Changi Airport has avoided the long lines and baggage handling problems that have plagued rival airports in Europe, North America, and Australia by tightly coordinating capacity increases with airlines and suppliers. This has allowed the airport to avoid these problems.

August saw the airport surpass 56% of its projected passenger counts for 2019, and the government has projected that the number of flights would approach 80% of their levels prior to the pandemic by the end of the year.

According to Jayson Goh, the managing director of airport operations for Changi Airport Group, the company holds regular meetings with airlines and key suppliers such as companies that handle baggage, clean the airport, and provide catering to ensure that flight increases can be accommodated without affecting the level of service provided.

According to what he stated in an interview on Wednesday, this has occasionally led to adjustments being made to things like flight timings rather than plans being scrapped to introduce new services.

Since Singapore reopened its borders, they have hired another 4,000 staff members, and Goh indicated that another 6,000 are currently being recruited, some of whom are coming from outside of Singapore.

As a result of the increased demand for travel, Singapore has benefited from its status as a hub, according to Subhas Menon, director general of the Association of Asia Pacific Airlines; nevertheless, many non-stop flights connecting destinations have not yet been reinstated.

He explained that because to Singapore’s status as an international hub, the country is able to make the most of the through traffic that originates from all over the world. “Hong Kong would have been a beneficiary, but it is currently inaccessible.”

In August, Hong Kong International Airport served 479,000 people, which is a far cry from the 3.32 million passengers that Singapore welcomed. Newcomers to the Chinese capital are still required to complete a three-day hotel quarantine upon their arrival.