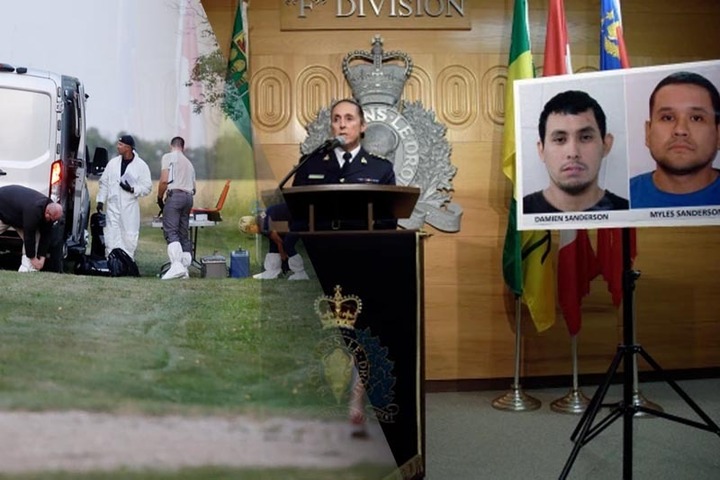 Early on Sunday morning, police in Canada were searching for two suspects in connection with a stabbing spree that resulted in 10 deaths and at least 15 injuries, the most of which occurred in a sparsely inhabited indigenous village (Sep 4).

The stabbings that took place over 13 different crime scenes were among the deadliest mass killings in modern Canadian history. They are destined to echo throughout the country, which is unused to outbreaks of mass violence on the scale that is more usually witnessed in the United States.

Prime Minister Justin Trudeau issued a statement in which he said, “I am shocked and devastated by the awful attacks that took place today. As Canadians, we mourn alongside all those whose lives have been tragically altered by this atrocity, as well as alongside the people of Saskatchewan.”

“It is impossible to accurately explain the suffering and loss that has been caused by this senseless violence with any one set of words. The entire province of Saskatchewan mourns alongside the victims and their families,” The statement was made by the Premier of Saskatchewan, Scott Moe, on Twitter.

Police identified the two suspects as Damien Sanderson, age 31, and Myles Sanderson, age 30, and provided images and descriptions of each of them. However, they did not provide any other information regarding the perpetrators’ motivation or the victims.

According to a statement released by indigenous elders, the attacks may have been motivated by drug trafficking.

According to the Federation of Sovereign Indigenous Nations (FSIN), “this is the destruction we face when hazardous illegal substances penetrate our communities.” The group represents 74 First Nations in Saskatchewan.

According to the local media, which cited the woman’s former partner as their source, one of the 10 victims was a mother of two children.

According to what Michael Brett Burns said in an interview with the Aboriginal Peoples Television Network, “It’s disgusting how jail time, drugs, and alcohol can destroy many lives.”

Crime Stoppers of Saskatchewan, a program that encourages the public to collaborate with police, placed Myles Sanderson on their list of individuals who are “unlawfully at large” in the month of May. There was no additional information provided as to the reason he was wanted.

According to the police, the two suspects were observed traveling in a black Nissan Rogue and were spotted in the city of Regina, which is approximately 320 kilometers south of the attacks that took place in the James Smith Cree Nation and the community of Weldon.

“It seems that some of the victims may have been intended to be killed, while others may have been picked at random. So to speak to a motive would be extremely difficult at this point in time,” Rhonda Blackmore, commanding officer of the Saskatchewan Royal Canadian Mounted Police, told a news conference.

According to the authorities, there may be further injured individuals who drove themselves to various hospitals and sought treatment there.

John Smith, James Cree Nation is an indigenous community in Canada that has a population of approximately 3,400 people and is mostly dependent on subsistence activities such as farming, hunting, and fishing. Around two hundred people call the community of Weldon home.

Indigenous people make up less than 5 percent of Canada’s total population of over 38 million people. Despite this, they experience greater rates of poverty and unemployment, as well as a shorter life expectancy, compared to other Canadians.

Trudeau stated that his administration has been in direct communication with the leadership of the James Smith Cree Nation, and he added, “we are ready to assist in any manner that we can.”

The first incident involving a knife was recorded at 5.40 a.m. local time, and within three hours, the police had issued a dangerous persons notice for the entire province. In the early afternoon, warnings of a similar nature were also broadcast in the adjacent provinces of Alberta and Manitoba to Saskatchewan.

In police bulletins, residents were asked to report anyone who seemed suspicious and to take precautions, such as hiding in place, while also being warned not to pick up hitchhikers or approach questionable people.

“Do not leave an area that is secure. Exercise extreme caution before inviting strangers into your home,” one piece of advice stated.

A police alert that was issued shortly after midday suggested that they may be in Regina, which is one of the largest cities in the province. At the time, a large police presence had already been mobilized due to a Canadian football game that was being played at Mosaic Stadium, which is located near the center of town.

Blackmore did say that it was uncertain where the suspects might be headed or whether they had changed vehicles at any point.

Blackmore referred to the attacks as one of the greatest, if not the largest, in recent history in the province and described them as “horrible. It is horrific what has occurred in our province today,” Blackmore added.