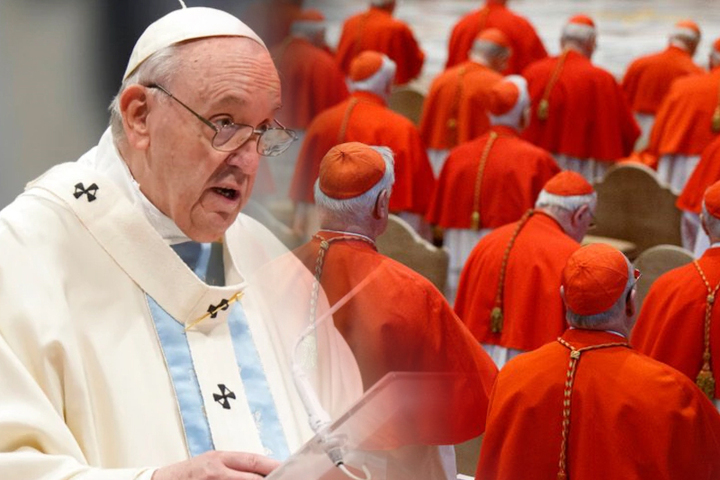 Cardinals of the Roman Catholic Church from all over the world are gathering at the Vatican beginning this weekend for a series of rituals that may serve as a dress rehearsal for an eventual conclave that will select a successor to Pope Francis in the event that he either resigns or passes away.

Sixteen of the new cardinals are under the age of eighty, making them eligible to enter the even more elite inner sanctum known as cardinal electors. This means that they will be able to participate in the secret conclave that will choose the next pope from among themselves.

It is the ninth time that Pope Francis has named new cardinals during a ceremony on Saturday that is known as a consistory. Once again, he is placing his mark on the future of the Church by choosing men who largely agree with his vision of a more inclusive Church.

The nomination of Bishop Robert McElroy of San Diego, California, who is considered to be a progressive, is one of the most important appointments in the countries that are affluent. Francis sidestepped conservative archbishops in San Francisco and Los Angeles by appointing San Diego’s first cardinal. San Diego is now home to a cardinal.

McElroy is also opposed to the proposal of some conservative clergymen in the United States who want to prevent Catholic politicians who support abortion rights from receiving communion. These politicians include President Joe Biden and Nancy Pelosi, who is the speaker of the House of Representatives.

Francis, who was chosen to be Pope in 2013, has now selected 83 of the 132 cardinal electors, which is around 63% of the total. The law of the church allows for a maximum of 120 electors, although popes routinely flout this number. The primary reason for this is that the number of electors decreases with time as other cardinals age 80 and lose their voting rights.

During an interview with Reuters that took place a month ago, the pontiff, who is 85 years old, stated that he does not want to retire from his position anytime soon, even if he does so in the future for health concerns instead of passing away in office. This means he could name even more cardinals as soon as next year.

The two days of meetings that will take place behind closed doors with cardinals on Monday and Tuesday may prove to be of greater significance than the consistory itself.

The sessions, which are officially to discuss the Vatican’s new constitution, will allow cardinals a once-in-a-lifetime opportunity to get to know each other on a more personal level without the added strain of assembling to choose a new pope.

Since becoming the first Latin American to be elected pope, Francis has, for the most part, deviated from the pattern that his immediate predecessors followed when selecting cardinals. In several cases, he has given preference to men hailing from remote locations or smaller cities, as opposed to the major cities of the developed world, where the appointment of a cardinal was traditionally taken for granted.

The appointment of Archbishop Leonardo Steiner of Manaus, Brazil, as the first cardinal from the Amazon region exemplifies Pope Francis’ concern for the territory’s indigenous people as well as its natural environment.

Archbishop Giorgio Marengo, an Italian who serves as the administrator of the Catholic Church’s affairs in Mongolia, has emerged as an unexpected candidate for the position of cardinal elector. He is the one of the new cardinal electors who is the youngest at the age of 48.

Even though there are only about 1,500 Catholics in Mongolia, the country is strategically important because it shares a border with China, where the Vatican is working to improve conditions for Catholics.

Francis has continued what one diplomat has described as a “tilt towards Asia,” boosting the potential that the next pope could be from the region that is becoming a significant economic and political powerhouse. This has been the case with each consistory that Francis has presided over.

Other new electors come from the countries of East Timor, Singapore, and India.