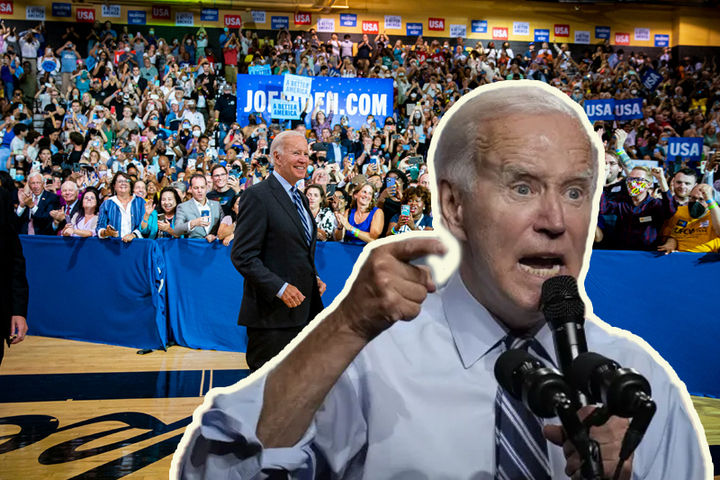 At a rally in Maryland, Biden barrages ‘MAGA’ Republicans for embracing hate

In the beginning of a cross-country tour, President Joe Biden has the goal of lending his support to Democratic candidates and preventing Republicans from gaining control of Congress by highlighting the significant divide that exists between the two major political parties in the United States.

At a Democratic National Committee event held at Richard Montgomery High School in a Maryland suburb of Washington, President Joe Biden told a crowd that exceeded capacity that “it’s not hyperbole now you need to vote to literally save democracy again.” Biden was speaking to a crowd of several thousand people.

“America must make a decision. You must choose. Whether or whether our nation will make steps ahead or steps backward,” he remarked.

The event was promoted by organizations such as the women’s health provider Planned Parenthood and the anti-gun violence activists Moms Demand. This comes at a time when Democrats are banking on a new gun safety law and abortion bans backed by Republicans to improve their chances in the upcoming midterm elections. In the 2020 presidential election, voters in Montgomery County, Maryland, cast more than 78% of their ballots for Joe Biden and Kamala Harris for vice president.

Before the rally, President Joe Biden hosted a fundraising event for the Democratic Party in a backyard in a residential neighborhood just north of Washington, D.C. The event raised one million dollars for the party.

Strolling with a handheld mic, Biden detailed the tumult facing the United States and the world from climate change. He spoke about economic upheaval and the future of China and was strongly critical of the direction of the Republican Party.

“We’re seeing now either the beginning or the death knell of an extreme MAGA agenda,” Biden said, referring to former President Donald Trump’s “Make America Great Again” slogan. He made the statement that “It’s not only Trump…. It’s almost semi-fascism.”

Republicans are hoping to ride voter discontent with inflation to victory in November, and they have history on their side. The party that controls the White House usually loses seats in Congress in a new president’s first midterm elections, and political analysts predict Republicans have a solid chance of taking control of the House of Representatives and possibly the Senate.

Democrats hold only a thin majority in the House, while the Senate is evenly divided, with the vice president’s tie-breaking power giving Democrats control.

Republican control of one or both chambers could thwart Biden’s legislative agenda for the second half of his four-year term. Heavy losses could also intensify questions about whether Biden, 79, should run for reelection in 2024 or hand over to a younger generation.

But Biden and his team are increasingly hopeful that a string of recent legislative successes, and voters’ outrage at the Supreme Court’s overturning of the 1973 ruling that recognized women’s constitutional right to abortion, will generate strong turnout among Democrats.

Democrats want Biden’s trip to boost the president’s poor poll numbers and draw attention to his achievements. However, there are those candidates for Congress who are concerned that campaigning with President Joe Biden could hinder them in the election on November 8.

Biden, whose latest approval rating is 41%, is polling lower than most, if not all, Democratic candidates in competitive races, often by double digits, Democratic pollsters said.