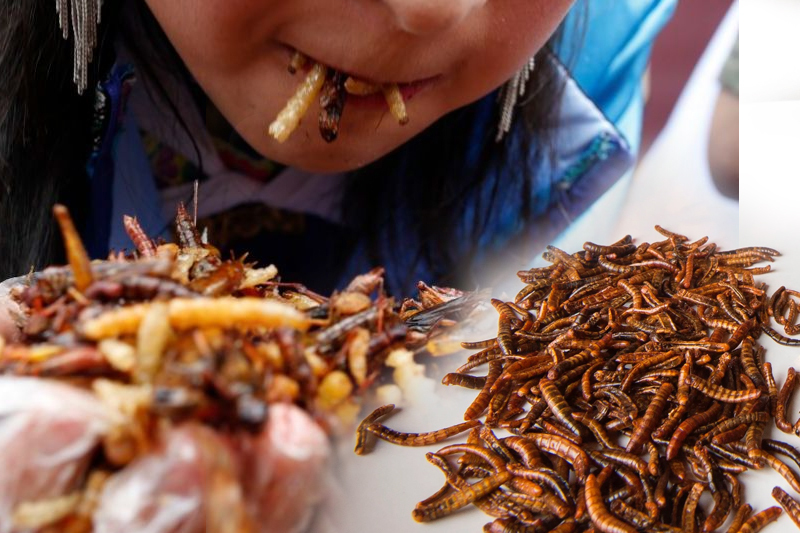 how insects can help in tackling climate change

How insects can help in tackling climate change?

Scientists new finding can provide a revolutionary and sustainable solution towards fighting the climate change. According to a new research, meat like flavors can be derived from insects, thereby providing environment friendly alternatives to traditional options for meat as protein source. Mealworms, the larval form of the yellow mealworm beetle, were cooked with sugar by researchers as part of the study, who found that the process resulted in a “meat-like flavoring” that can be used one day as source of protein in convenience food.

Up until now, the mealworms have been mainly used as snacks for pets or as bait while fishing. But according to scientists, they have potential to be used as a food source for humans as well – they can instill the recognizable flavors of meat without rendering harmful impacts upon the environment. Raising beef, pork and other animal-based foods has a direct air and water pollution as they emit greenhouse gas emissions.

“Insects are a nutritious and healthy food source with high amounts of fatty acids, vitamins, minerals, fiber and high-quality protein, which is like that of meat,” says In Hee Cho, a researcher at Wonkwang University in South Korea who led the study. “Many consumers seriously like and need animal protein in our diet. However, traditional livestock farming produces more greenhouse gas emissions than cars do. On the other hand, insect farming requires just a fraction of the land, water and feed in comparison to traditional livestock farming.”

Edible insects, like crickets and mealworms, have long been enjoyed in Asia, Africa and South Americas as “superfoods”.

Food’s global production is responsible for about a third of total greenhouse gas emissions into the atmosphere. The majority of emissions are due to raising of animals for meat. “Grazing and feeding livestock consumes about 80 per cent of Earth’s farmland, with everything from cow burps to the mass deforestation of land to make way for pasture causing planet-heating emissions.”